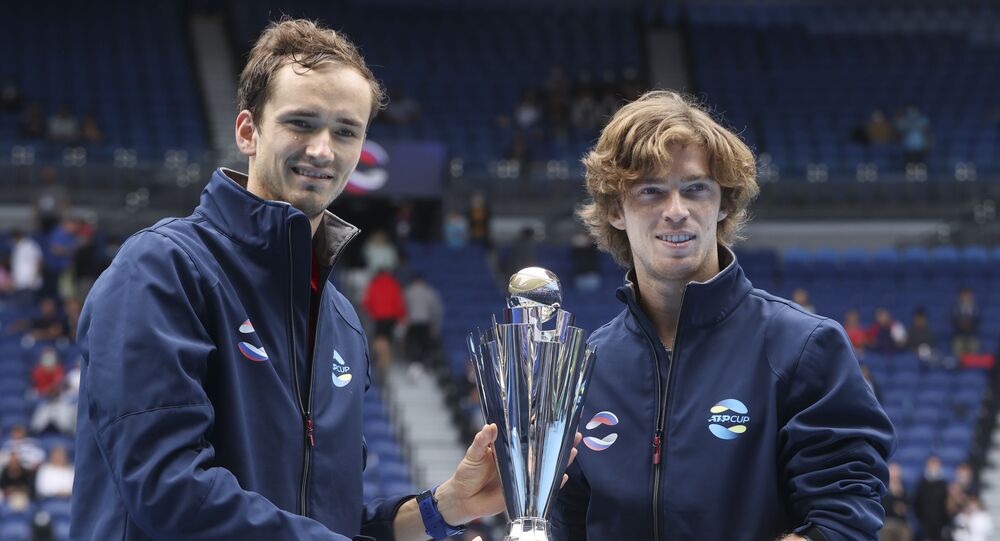 In the opening match of the final, Andrey Rublev won against Italy's Fabio Fognini (6:1, 6:2). In the second match, Russia's Daniil Medvedev won against Matteo Berrettini of Italy (6:4, 6:2).

While outstanding in the first set, in the second, Medvedev outpaced world number 10 Berrettini. This is the 14th consecutive win for Medvedev.

The Russian team was the only in the tournament which included two players ranked in the top 10, and it defeated the other nations in the cup.

ESPN onsite bunker position for the next two weeks.

Berrettini letting the forehand fly in the ATP Cup final vs Medvedev. pic.twitter.com/1xStQCh5XA

Prior to Medvedev's win, Andrey Rublev defeated Fognini in the opening singles.

The Melbourne tournament is the second ATP Cup, which premiered in January 2020. In the first one, the Russian team reached the semifinals, losing only to the Serbian team, who went on to win the championship.

This year, in the group stage of the tournament, the Russians beat the teams of Argentina and Japan, and in the semifinals, the team defeated the Germans. Rublev and Medvedev won all of their four matches in the tournament.

The next matches for the Russians will be at the Australian Open, lasting from February 8 until February 21.