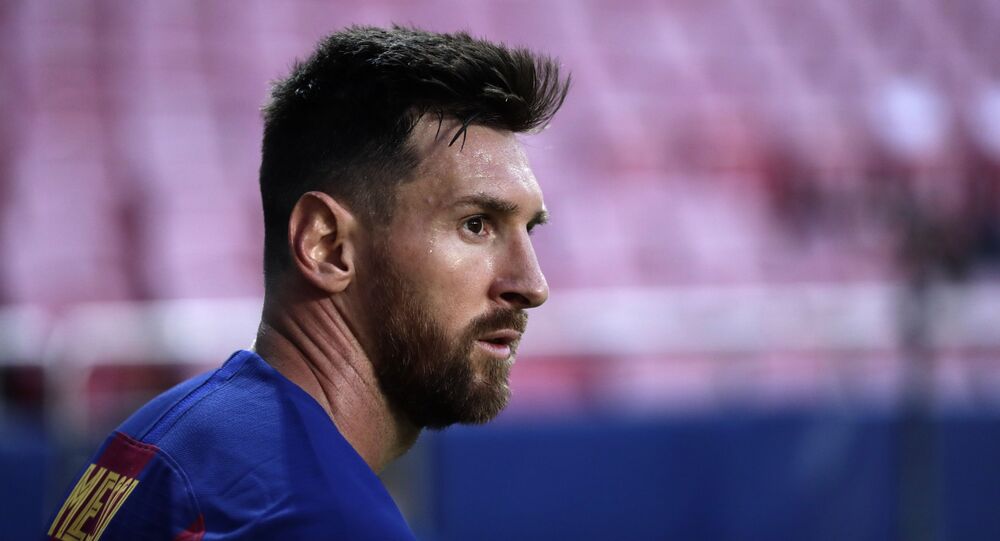 Relations between the Argentine and the club soured over the past year due to feuds with Barcelona's president and staff. The superstar even filed a transfer request that was subsequently rejected by the club. The situation appears to have improved under the new manager, but rumours about Messi's exit continue unabated.

Barcelona manager Ronald Koeman has broken his silence about Lionel Messi's future at Camp Nou. In an interview with famous English forward Alan Shearer for the magazine The Athletic, the Dutchman said he still doesn't see the Argentine in another club's jersey, but noted he's unsure that Messi wants to sign another contract with the club.

"I'm not confident about that. I'm hopeful, yes, about this because he's still a great player and he's still winning matches for us, for the team. I'm enjoying being his coach, if you look at his qualities every day in the training sessions, it's incredible. Of course, he came as a young kid to Barcelona. And I still don't see Leo Messi in another shirt other than the Barca shirt".

Koeman also touched on Barceona's financial misfortunes. Spanish earlier media reported that due to the coronavirus pandemic the club's total debt has now exceeded the $1 billion mark and speculated that Barca is on the verge of bankruptcy. Koeman appeared to confirm the rumours, saying Barcelona can't invest in new players.

"Barcelona has the most problems from COVID-19. There is no public, there are no tourists in Barcelona who will spend money to buy shirts and to go to the museum, to visit the stadium and all those kind of things. And that's really, really tough for the club. We cannot sign new players", Koeman told the Atlantic.

The development comes as TalkSport reported that Barcelona's officials were responsible for the leak of Messi's contract. At the end of January, the newspaper El Mundo revealed that the four-year contract he signed in 2017 was worth more than $665 million.

"Someone has leaked this to prove that the club can't keep Messi, and it's not in their best interests, and I guess to shift some of the blame onto him. A bit like Kobe Bryant in his final years at the Lakers. Maybe that's why they can't regenerate the team and put it all on that one man and his relationship with money", Brassel told TalkSport.

Barcelona has denied "any responsibility for the publication of this document" and said it would sue the newspaper.

Messi's contract expires this summer. In December 2020, the forward said he still doesn't know whether he will stay at Camp Nou. Manchester City and Paris Saint-Germain are said to be the clubs ready to shell out for the football superstar, although sports pundits also named Manchester United and Juventus as possible contenders.