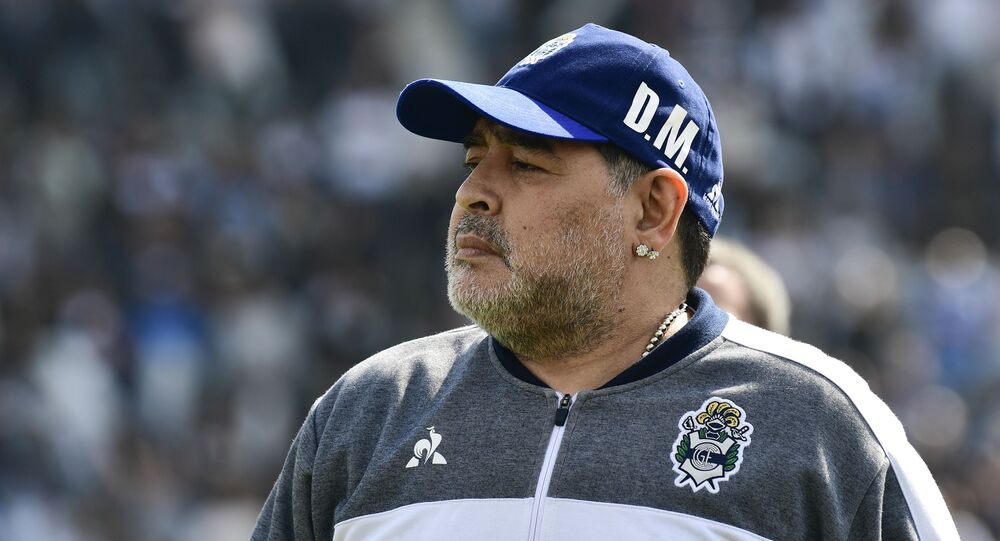 The football legend passed away in November 2020 after suffering a heart attack. Weeks before that, the footballer had undergone brain surgery to remove a blood clot. It is unclear, however, if the health issue was related to the cause of his death.

Argentinian news channel Crónica TV has released a video of Diego Maradona which appears to have been filmed just days before he died.

In the footage, published on El Chiringuito TV Twitter page, the football star is seen sitting in the kitchen with a bandage on his head – from a recent brain clot operation. Maradona addresses his doctor Leopoldo Luque; the footballer slurs his words and says that he is “bruised but fine”.

“I've taken a bump, but everything is fine,” Maradona is seen saying. “You know I don't like intimate moments but when I'm with good people I come out of my shell.”

Luque, who treated Maradona and performed brain surgery on him, was accused of involuntary manslaughter in connection with his death. The doctor, however, denied any medical error, saying that everything had been done to save the late football legend.

Diego Maradona died at his home on 25 November 2020, at the age of 60. The autopsy, released in December, has shown that the footballer had been taking several medicines to treat depression and anxiety, but did not consume alcohol or any illegal drugs prior to his death.