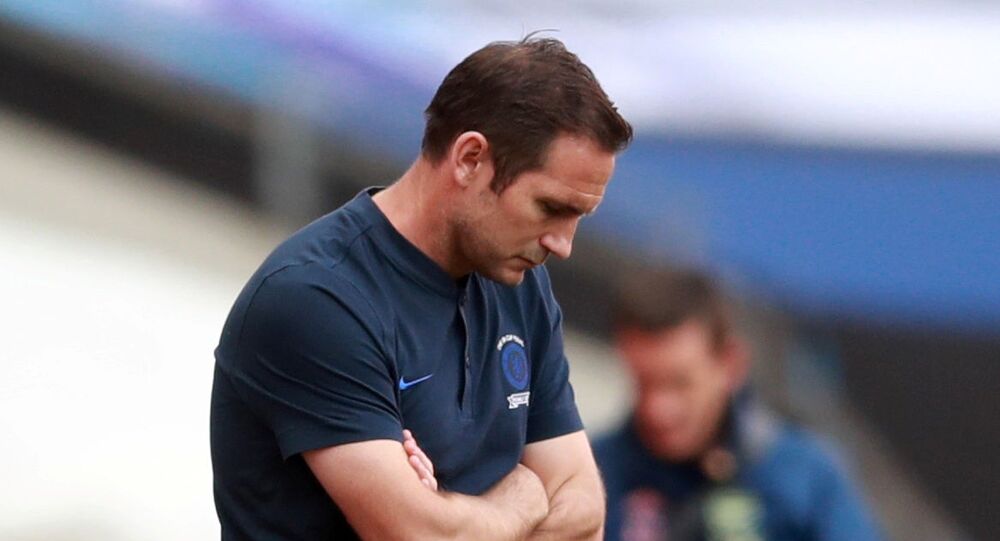 You're Fired! Chelsea's Frank Lampard Sacked by Abramovich as Blues Slip to Ninth in Premier League

Frank Lampard thought his job was safe on Sunday when Chelsea defeated second-tier club Luton Town 3-1 in the FA Cup. But the Blues have slipped out of Champions’ League contention after a bad run of results.

Social media has lit up after Chelsea was sacked as manager Frank Lampard after less than two years in charge.

Lampard was appointed as Chelsea boss in the summer of 2019 and has been building a squad of young and hungry players but, after a good start to this season, the team have hit a bad run of form and owner Roman Abramovich has reportedly run out of patience.

Reports that Frank Lampard will be sacked by @ChelseaFC today. Utterly ludicrous after his first bad run. It was always going to need time given so many new signings feeling their way into a new club. Patience being a virtue is seldom recognised in this sport. They never learn.

​Chelsea have slipped to ninth in the Premier League table and Abramovich reportedly is set to replace Lampard with Thomas Tuchel, the German former manager of Paris St Germain.

In a statement on the club's website Abramovich said: "This was a very difficult decision for the Club, not least because I have an excellent personal relationship with Frank and I have the utmost respect for him. He is a man of great integrity and has the highest of work ethics. However, under current circumstances we believe it is best to change managers."

Former England and Barcelona striker Gary Lineker, now a top TV presenter, tweeted that the decision to sack Lampard was “utterly ludicrous” and added: “Patience being a virtue is seldon recognised in this sport. They never learn.”

Thomas Tuchel is set to become the new Chelsea manager, confirmed. Frank Lampard will be officially sacked today - Tuchel has accepted the #CFC job and is expected to sign in the coming hours. 🔵

​Chelsea beat Luton, of the second tier, on Sunday, 24 January, with two goals from England striker Tammy Abraham in the opening 17 minutes.

But goalkeeper Kepa Arrizabalaga was at fault when Luton scored and striker Timo Werner - a key summer signing by Lampard - again under-performed.

​Chelsea now travel to Barnsley in the fifth round with the FA Cup presenting the club’s best chance of a trophy this season.

Never a shock when Chelsea change managers. They do it so often. But quite ruthless to fire Frank Lampard at first sign of trouble. Deserved more time after fine first season. For Chelsea fans , it’s like shooting Bambi.

​Thomas Tuchel, who is set to replace him, was fired as Paris St Germain manager last month, only five months after leading them to a Champions League final, which they lost to Bayern Munich.

The 47-year-old German won two consecutive league titles with PSG and before that impressed at Borussia Dortmund in the Bundesliga.

Lampard the only permanent Chelsea manager since 2004 to get the Club Statement hat-trick, which I think is a #classytouch pic.twitter.com/q7Ol3L52HN