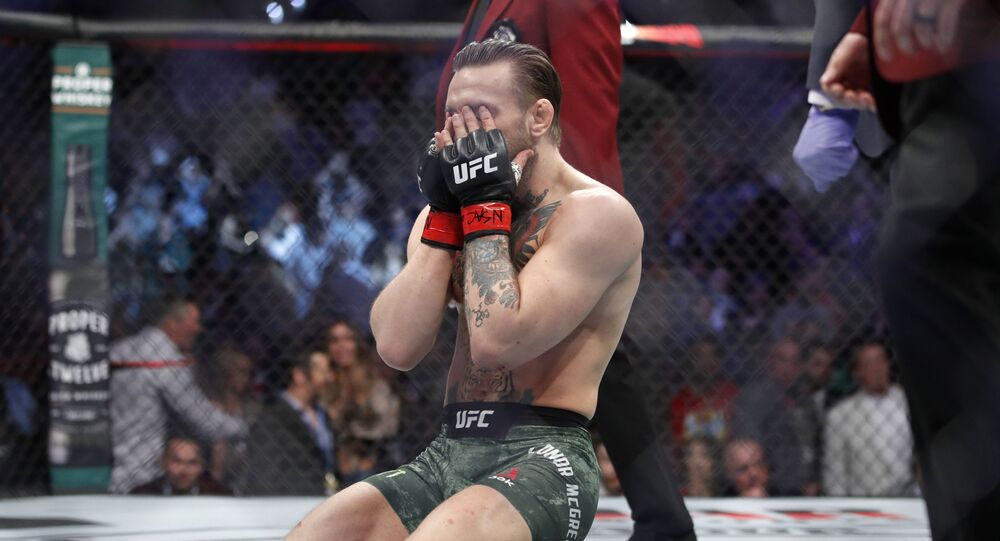 ‘It’s a Bitter Pill to Swallow’: Conor McGregor Reflects on His UFC 257 Loss

McGregor was defeated by Dustin Poirier at UFC 257 on Saturday night, and the future of the Irishman in the Octagon is now unclear.

Irish UFC legend “Notorious” Conor McGregor admitted on Sunday that he was “heartbroken” after the shocking knockout by Dustin Poirier, who wrapped up their bout in the second round. During a post-fight press conference, the Irishman confessed that the loss was “hard to take,” noting that he is feeling uncertain right now.

“(It's) the highest highs and the lowest lows in this game. I don't know where I'm at, at the minute, to be honest,” he said.

He went on to praise Poirier, who used a lower leg kicking strategy that eventually got him the victory.

“I have no excuse. It was a phenomenal performance from Dustin. It's a bitter pill to swallow.”

McGregor later took to Instagram to post a photo of himself resting in Abu Dhabi – where the fight was held – with his leg elevated on a pillow to relieve the pain. He thanked his followers for their support, saying that although it was not “his night/morning,” he was still excited by the competition.

The Sunday fight left many UFC fans puzzled about what the next step for the Irishman would be. He himself said that despite the loss, he is planning to return to the ring this year.