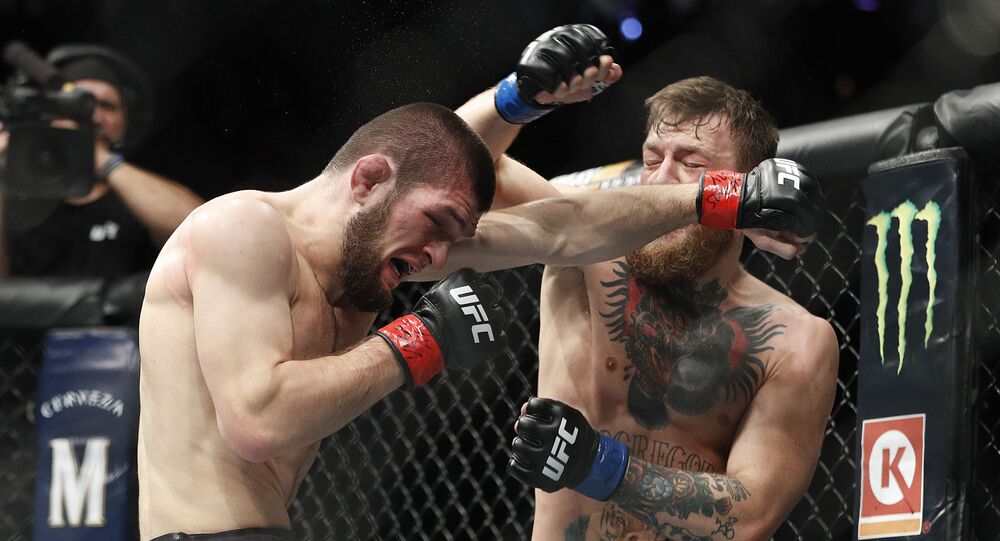 Many netizens followed Nurmagomedov's criticism of the Irishman by mocking him as well.

Connor McGregor's recent defeat at the hands of Dustin Poirer during UFC 257 did not escape the watchful eye of his former rival and UFC lightweight champion Khabib Nurmagomedov, who offered his take on the fight.

He pointed to the Irishman's much hyped "physical transformation at 155 pounds with a new conditioning and training system,” saying it was therefore strange he was still "led by his longtime coaches."

"This is what happened, when you change your team, leave the sparring partners who made you a champion and sparring with little kids, far away from reality," Nurmagomedov tweeted.

This is what happened, when you change your team, leave the sparring partners who made you a champion and sparring with little kids, far away from reality.

​Usurpingly, Khabib's post got some traction from his followers, many of whom didn't hold back in mocking McGregor.

McGregor responded to the Russian, saying "I have not changed anything. It is what it is. Respect the athletes and that’s the character of the man for sure, behind the mask. Whatever." He added that he's interested in a rematch with Nurmagomedov, who defeated him in a UFC Lightweight Championship fight in 2018.

"If he wants to have his disrespectful comments, come back and let’s go again, my man," Connor said. "I’m here for it. That’s fighting talk. If you’re coming back, come back. You try and do it. That’s that."

American Poirier emerged triumphant after securing victory via a technical knockout in the second round. Despite the defeat, McGregor insisted that he has no intention of hanging up his gloves for a fourth time, and that he'll return to the octagon later this year.