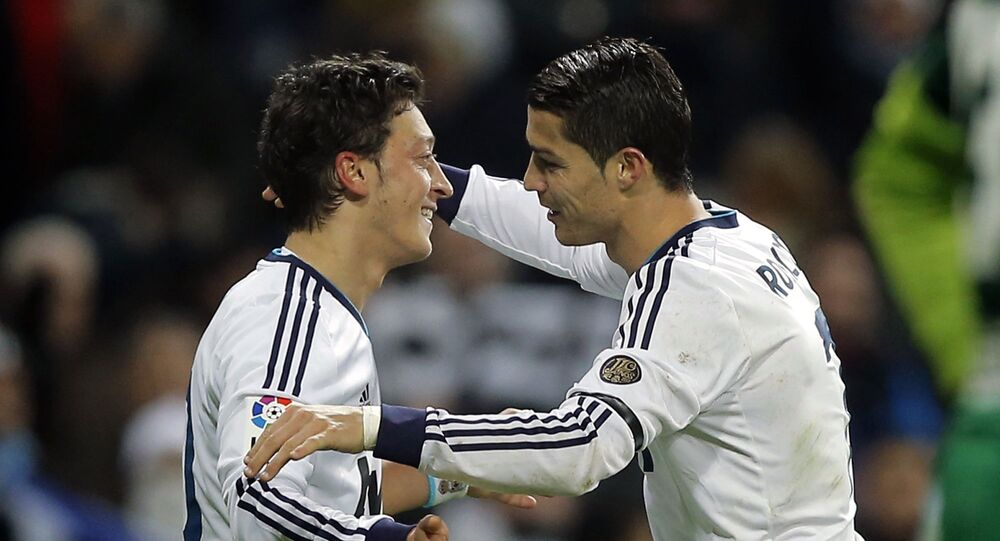 Lionel Messi and Cristiano Ronaldo, long seen as the Coriolanus and Tullus Aufidius of modern football - equally brilliant and leaving all other footballers trailing far behind - have divided fans' opinions around the world ever since the Portuguese star moved to Spain’s Real Madrid. The two have faced off against each other 36 times.

Arsenal midfielder Mesut Ozil has spoken out about the Messi-Ronaldo rivalry and taken sides with Ronaldo, who used to be his Real Madrid teammate, admitting that the Portuguese has always been the best wherever he played.

At the same time, the German midfielder praised Messi as one of the best footballers who ever played in Spain.

Having played side by side for almost four years, Ozil and Ronaldo formed a creative duo, as the German attacking midfielder contributed 27 assists to Ronaldo.

The 32-year-old player has intensified his activities on Twitter, revealing never-before-seen details on his career, since March 2020, when he last appeared for Arsenal against West Ham United.

The German midfielder has since made no appearances since having refused to take a 12.5 per cent pay cut during the suspension of the English Premier League because of COVID-19.