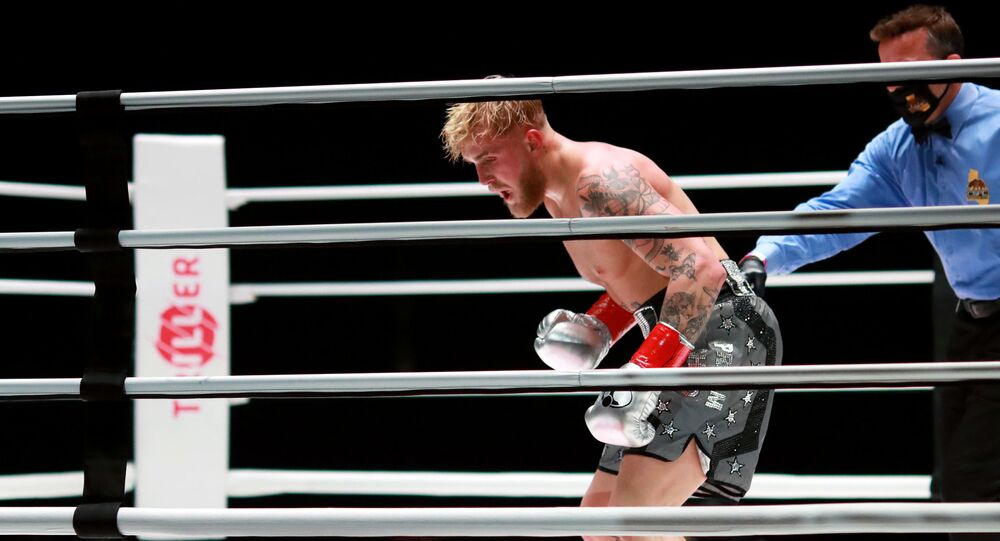 Jake Paul, 23, an American YouTuber with over 20 million subscribers, has recently become a "must-watch" boxer. Beginning his amateur boxing career in 2018, he made his professional boxing debut with a victorious fight against fellow YouTuber AnEsonGib, and then he defeated ex-NBA player Nate Robinson, 36, with a knockout.

The manager of the famous Russian UFC fighter Khabib Nurmagomedov, Ali Abdelaziz, claimed Jake Paul would "beat the s**t" out of Conor McGregor, 32, and all his team-mates, the Sun reported Tuesday.

Abdelaziz, who is known for having his own rivalry with the Irishman, said that Paul's insults toward McGregor's fiancee mirror those directed by the latter on Nurmagomedov's spouse before their bout in 2018.

"Jake Paul, I like this kid. You know why? Because he is real. When he talked about Conor’s wife, [Paul] said [McGregor] talked about Khabib’s wife. I like Jake Paul", Abdelaziz said. "I think he’ll beat the s**t out of Conor, Conor's team-mates, all these guys. I like his brother too. Logan Paul, I like these kids, they make something from nothing. Even Mike Tyson likes these kids. Mike is my friend."

The YouTube celebrity has been pursuing a boxing match with McGregor for quite some time now and claimed he sent the UFC star a $50 million deal.

Paul reportedly has tried to go after UFC president Dana White to talk McGregor back into the ring. Though apparently, The Notorius, who lost his boxing debut against Floyd Mayweather in 2017, is much more interested in his return to the cage, which is expected to happen on January 23 for his second fight with American Dustin Poirier, after the 2014 McGregor win.

Earlier, Dana White reportedly said in a podcast he believes that Paul should probably fight female UFC star Amanda Nunes, who will "knock that kid out" since the YouTube star is not a professional fighter.

"To even think about that guy fighting, he's like, 'I'm never going to fight a woman.' You shouldn't. You shouldn't because she'll put you in a coma. That guy is just some kid off the street."

The provocative YouTuber is currently searching for his next opponent, after beating Robinson with 2-0 KO in a fight held in late November. And he revealed he has sent offers to retired UFC fighters Ben Askren and Michael Bisping as well as the Irishman's training partner Dillon Danis.

Paul has expressed his hopes to fight again in March and has reportedly moved out of his Los Angeles mansion to focus more on training.