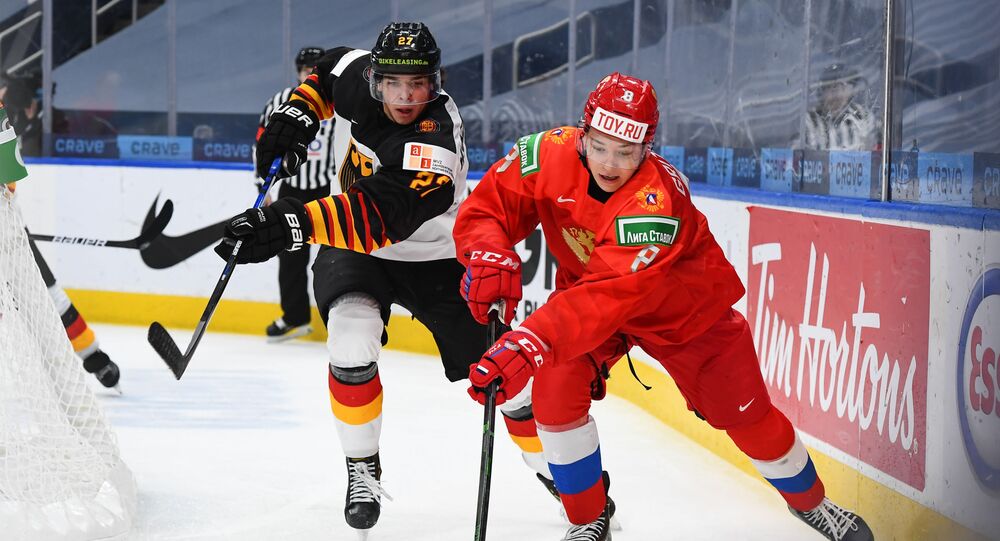 The Russians’s first goal was scored in the minority as forward Mikhail Abramov was suspended and Yegor Chinakhov missed the game because he was injured in the third match of the group stage with the Austrian team.

The Russian Ice Hockey Federation tweeted its congratulations to the Russian hockey players, and expressed respect for the German team.

"This is victory! The Russian national team is in the semifinals of the Ice Hockey World Junior Championship! Respect for the Germans. Thanks to our guys for the game. To us - for our support. Wow!" the post reads.

In other quarterfinal matches, the Finnish team will later play against Sweden, Canada against Czech, and the US against Slovakia. The teams that reach the semifinals will be distributed in line with the results in the group stage, depending on final place, points scored, difference between goals scored and goals conceded, and the overall number of goals scored.

At the moment, group round ranking is as follows (from first team to last): Canada, USA, Finland, Russia, Sweden, Germany, Czech Republic, Slovakia. In the semifinals, the first team in the ranking will play against the last, the second against the third.
Thus, Russia can play with Canada in the semifinals if all four best teams in the preliminary stage win in the quarterfinals. In any other scenario, the Russians would meet the hosts of the tournament only in the finals or in the match for third place.