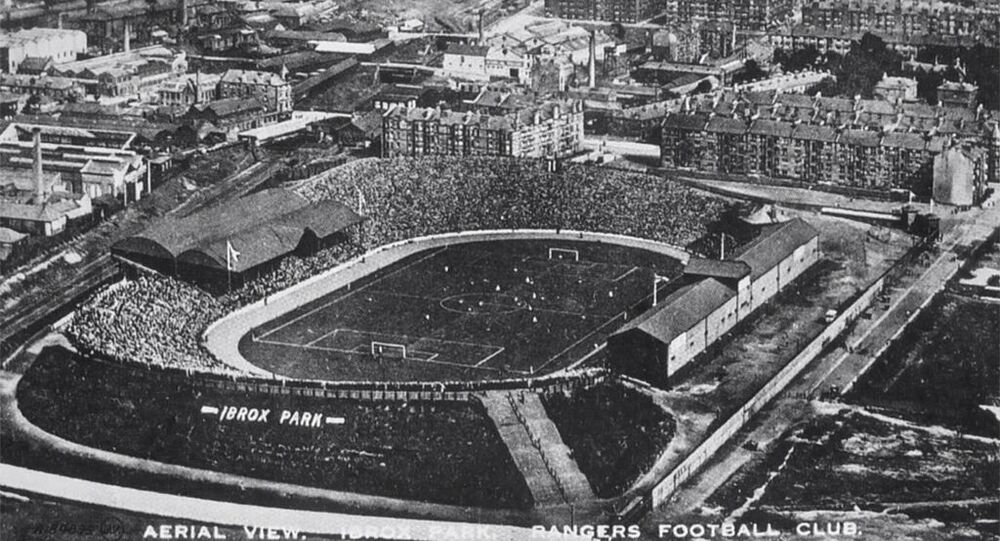 Fifty Years On, Rangers and Celtic Will Play Against Backdrop of Tragic Memories

For more than a century Glasgow Rangers and their arch-rivals Celtic have been the two dominant teams in Scottish football. Between them they have 105 Scottish league championship titles.

Rangers manager Steven Gerrard is hoping to preserve his team’s 19 point advantage over bitter rivals Celtic on Saturday, 2 January, but the Old Firm game will be dwarfed by the 50th anniversary of the Ibrox Disaster.

On 2 January 1971 Rangers were hosting Celtic in the Glasgow derby match at their Ibrox stadium. In those days most spectators stood and the majority of the 80,000 crowd were standing on the terraces.

Celtic took the lead in the 90th minute with a goal from Jimmy Johnstone and many of the Rangers fans headed for home.

I had never heard DJ’s story of the Ibrox Disaster or realised he was at the funerals in Markinch. Many thanks to him for his time as he recalls the Disaster, the impact on Rangers and pays tribute to the 66. We will never forget Absent Friends.https://t.co/n25P8BuUhR

​But in injury time Rangers striker Colin Stein equalised and 66 fans were killed in a crush on Stairway 13.

Social historian Dr Joseph Bradley, writing on Celtic's website this week, said it was originally thought fans "departing via the steep slopes at the Copland Road side rushed back upwards to join their jubilant fellow supporters inside, only to be met by others moving downwards towards them", leading to a "monstrous collision and heaving of bodies led to massive crushing and asphyxiation."

But he said this account was later disproved and it appeared the deaths were caused after the final whistle when fans tried to leave and someone fell, causing a tragic crush.

"Later eye-witness accounts testified to hearing the barriers creak and bend under the human weight and pressure," he wrote.

Among those Rangers fans in the ground was a young footballer called Alex Ferguson who would go on to become the most successful manager in the history of Manchester United.

© AP Photo / Scott Heppell
Rangers' manager Steven Gerrard sits on the bench during the Europa League round of 16 first leg soccer match between Rangers and Bayer Leverkusen at the Ibrox stadium in Glasgow, Scotland, Thursday, March 12, 2020

In 2011 Ferguson was interviewed for a documentary about the disaster and said he had left the stadium unaware of the tragedy and came home to find his parents worried sick about his brother Martin, who had been on the terrace close to the fatal stairway.

Ferguson recalled: “He had left early and didn’t know anything…so eventually hours later he turned up and it was a bit fraught. It was a terrible day.”

Ferguson, a former Rangers player who was then playing for Falkirk, said: “There was a young girl from Falkirk who I went to the funeral. It was so sad. There were so many funerals. It was a terrible time for Rangers and I think it had an impact on (manager) Willie Waddell.”

Dr Bradley wrote: "In the immediate aftermath, many in Scotland shed tears and, in a then more Christian society, numerous religious services were held. The Ibrox Disaster of 1971 is one of the worst in British football history...it is the ninth most devastating stadium catastrophe in world football."

There was an almost identical tragedy at the Luzhniki Stadium in Moscow 11 years later, where the death toll was also 66.

Football Grounds of Scotland: The new stand being built at Ibrox in 1979. Pic: Trinity Mirror. pic.twitter.com/fcWYELMthg

​The design of Ibrox and in particular the steep stairway was blamed for the disaster and the club later redesigned the stadium, with Waddell travelling to Germany to get inspiration from Borussia Dortmund’s ultra-modern Westfalenstadion.

The deaths at Ibrox marked the worst disaster in British football until 1989 when 92 Liverpool fans suffered fatal injuries at Hillsborough in Sheffield during an FA Cup semi final.

There is expected to be a special ceremony to mark the 50th anniversary on Saturday before the lunchtime kick-off against Celtic.

But Gerrard, who as a former Liverpool fan is keenly aware of the poignancy of the occasion, is staying focused on the match itself.

He said this week: “I'm really looking forward to it. It's a fantastic game, we're in a good place and I can't wait for that whistle to go.”

Rangers have not won the Scottish Premier League title since 2011 and their arch-rivals Celtic have won nine championships in a row.

The 1971 tragedy was not the first disaster to happen at Ibrox.

In 1902 part of a stand collapsed, leading to the deaths of 25 spectators during a game between Scotland and England.