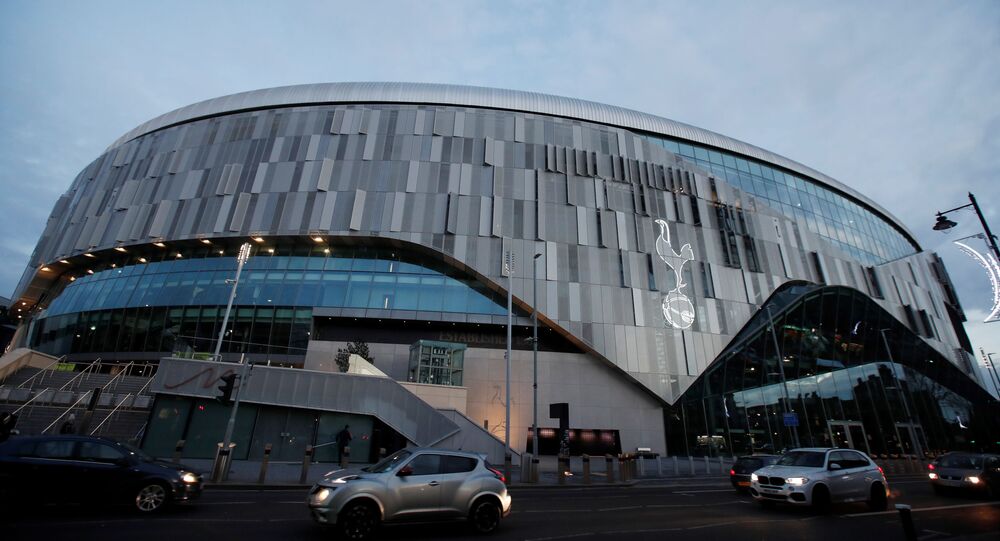 MOSCOW (Sputnik) - Tottenham Hotspur's match against London rivals Fulham became the third game to be postponed this season, after a significant uptick in positive COVID-19 cases at the Fulham club, the English Premier League Board, which administers football games in England’s top flight, said Wednesday.

"The match between Tottenham Hotspur and Fulham, due to be played at 18:00 GMT this evening, has been postponed following a Premier League Board meeting this afternoon. Fulham lodged a request with the Premier League Board to rearrange the fixture following a significant rise in positive COVID-19 cases, as well as a number of players showing symptoms today," a statement from the Board read.

The Board has also rejected growing calls to issue a season break, saying it had confidence in the protocols issued to clubs.

"With low numbers of positive tests across the overwhelming majority of clubs, the Premier League continues to have full confidence in its COVID-19 protocols and being able to continue to play our fixtures as scheduled," the statement went on to read.

The latest round of mandatory testing on Tuesday revealed 18 new cases of COVID-19 among 1,479 players and staff and led to the postponement of Manchester City’s game against Everton.

According to Premier League rules, no less than 14 players must present as match fit in order for a game to be held. The Board has yet to issue any statements regarding its criteria for postponement of games or for declaring a break in the fixture schedule.

West Bromwich Albion coach Sam Allardyce on Tuesday called for a circuit break in the season to avert the risk of continued transmission. Citing the new, more infectious strain of coronavirus which emerged in England, Allardyce argued that just one case in a club means the virus is “creeping around” and putting staff at risk.

At the same time, Manchester United boss Ole Gunnar Solskjaer did not back the idea, arguing that modifications to the schedule result in changes to the results.

The break in the Premier League 2019/20 season in March forced the Board to shorten the inter-season break and form a tighter schedule this season. This has caused some coaches, chief among them Liverpool boss Jurgen Klopp, to complain that the fixture overload is causing fatigue and greater instances of injury among players.