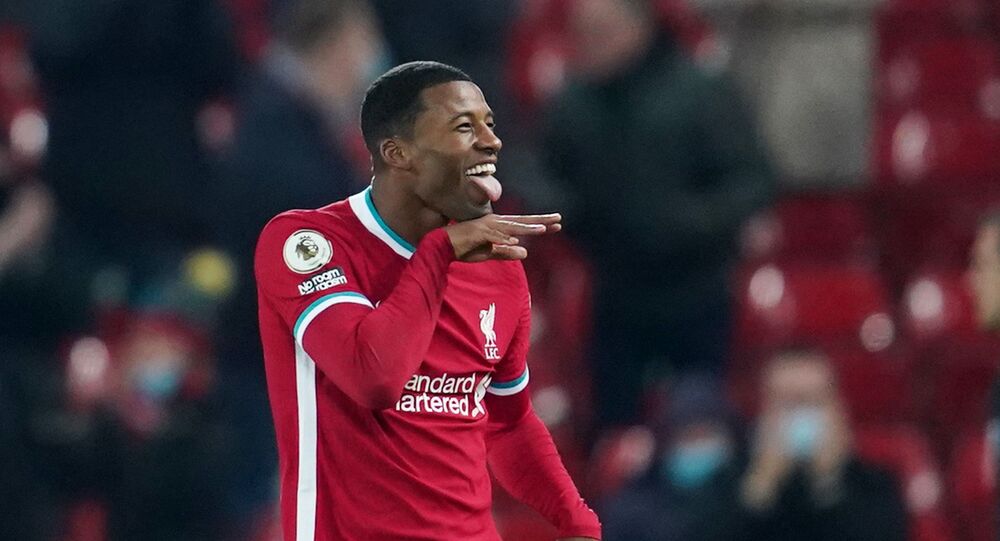 Although Wijnaldum had already allegedly been “linked” with Barcelona, Paul Robinson argued that Barca, in its present financial state, is unlikely to match an offer from Liverpool.

Although Liverpool FC midfielder Georginio Wijnaldum has yet to sign a new contract with the club, as his present deal is due to expire in summer former English professional footballer Paul Robinson suggested that Wijnaldum will stay with the team, according to Football Insider.

Having already become "the subject of great speculation this season", Wijnaldum is expected to be allowed to speak to foreign clubs regarding a potential "pre-contract", and sports journalist Fabrizio Romano tweeted that a new contract offer made by Liverpool to the footballer "has not been accepted yet".

Liverpool made a new contract offer to Wijnaldum few weeks ago. The proposal has not been accepted yet.

Gini wants to reflect. And to pay respect to the club, he will give priority and communicate his decision to #LFC before negotiating with other clubs as a free agent. 🔴

​Robinson, however, argued that Wijnaldum is unlikely to transfer, in no small part because of the situation with Argentine football star Lionel Messi.

"The fact that he has said he will give it a couple of weeks… I think he will sign a new contract", he said. "Lionel Messi will be able to talk to other clubs in January, will he be there next season? That could sway Wijnaldum".

He further noted that Liverpool probably won't "want uncertainty and unrest midway through the season", so they will have a "conversation" with Wijnaldum because “either way it needs to be put to bed".

"I think Liverpool will have offered him a contract that is better than what he can get anywhere else", Robinson added. "He has been linked with Barcelona but they are in financial trouble so I do not think they would be able to match Liverpool’s offer."