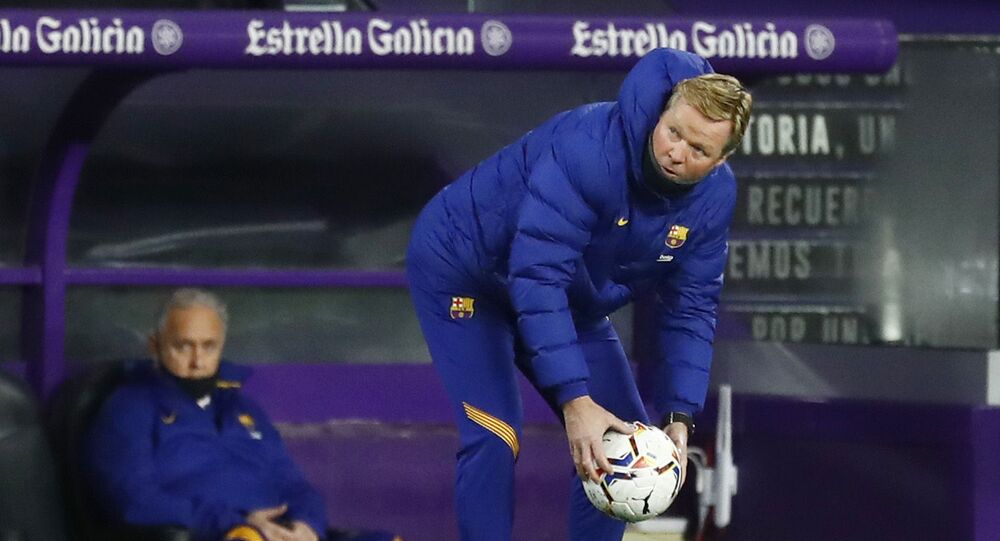 Barcelona and Real Madrid are two of the world's most talked about teams. Their dominance in Spain and European football is nigh on unbeatable. Barcelona have a record 74 trophies domestically, including 26 La Liga titles and their rivals, Los Blancos, have won 65 titles.

Barcelona's coach Ronald Koeman has admitted that the path to regain La Liga appears "very difficult" for his team. The Dutchman's assessment came after his side was held to a 1-1 draw by Eibar at Barcelona's home ground, Camp Nou, on Tuesday night.

"I am realistic, it will be very difficult to be champions. Nothing is impossible, but you have to acknowledge the gap. Atletico look very good to me, very strong; they don't concede many goals," Koeman said after the game.

During the match, Eibar's striker, Kike, scored the first goal of the game putting them ahead in the 57th minute. However, 10 minutes later, Ousmane Dembélé scored an equaliser and the game ended as a tie. Furthermore, Barcelona were lacking their star player Lionel Messi for the clash.

However, Koeman said individual errors had cost them the points and the game.

"You cannot say Barca play better without Messi. He is a different player. In general terms we played well. But individual errors cost us the points. We deserved to win, we did what was needed. [Eibar] only had one shot on goal. We created chances, but we didn't score the penalty and then a defensive error... we played well, we worked hard and did enough to win, but this is happening to us far too often", Koeman added.

The Catalans remain in sixth place after the draw on Tuesday night, seven points behind joint leaders Real and Atletico Madrid.

The La Liga giants have won just seven of their opening 15  games, their worst start since 2003 and the coach recognises that the title is already slipping further and further out of reach.