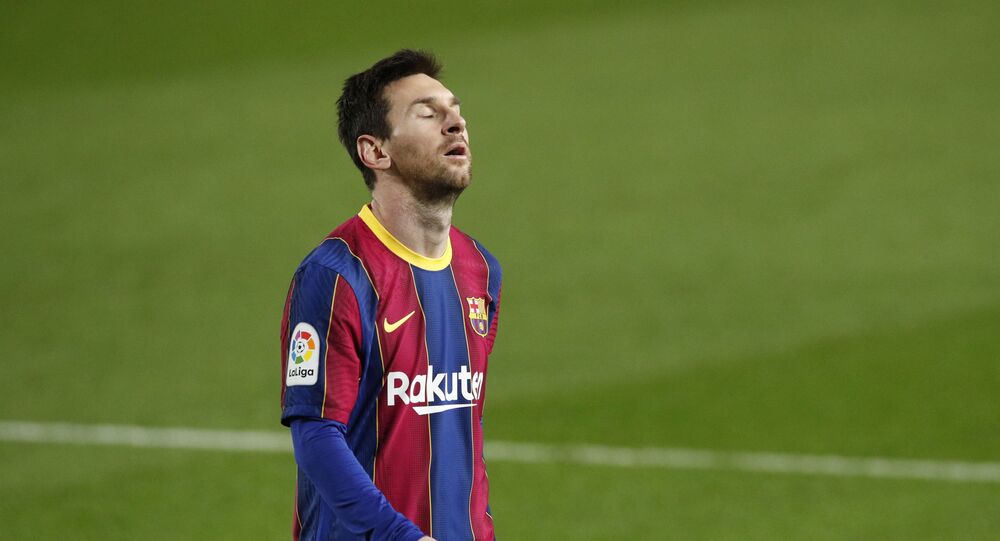 Messi to Miss Last Match of 2020 Due to Injury, FC Barcelona Says

According to media reports, Lionel Messi, 33, is currently in Argentina taking a short break after Football Club Barcelona gave its players some time off following their last match against Valladolid Tuesday.

Argentinian star footballer Lionel Messi will miss Barcelona's last game of the calendar year against SD Eibar, which is set to take place on Tuesday after the club announced that ankle treatment will keep him out of the match.

"First team player, Lionel Messi, is completing the treatment for his right ankle, and is expected to return to training after the FC Barcelona v SD Eibar match", the club said in a statement on Sunday.

FC Barcelona's captain has played 18 games this season for his European club and scored a total of 10 goals, with his last being the third in a 3-0 win against Real Valladolid on Wednesday, which gave him the record in goals scored for one club, 644, subsequently surpassing the legendary Pelé's long-held record of 643 goals with Santos.

Earlier, on his Instagram page, Pelé congratulated Messi on matching his own goal record. However, as media reported that Messi has beaten Pele's record, the management for Brazilian club Santos issued a statement in which they disputed Messi's claim to the record for most goals with a single club. Santos claimed Pelé actually scored 1,091 goals, not 643, insisting that friendly matches held against international teams should be counted as official as they were conducted under the authority of FIFA.