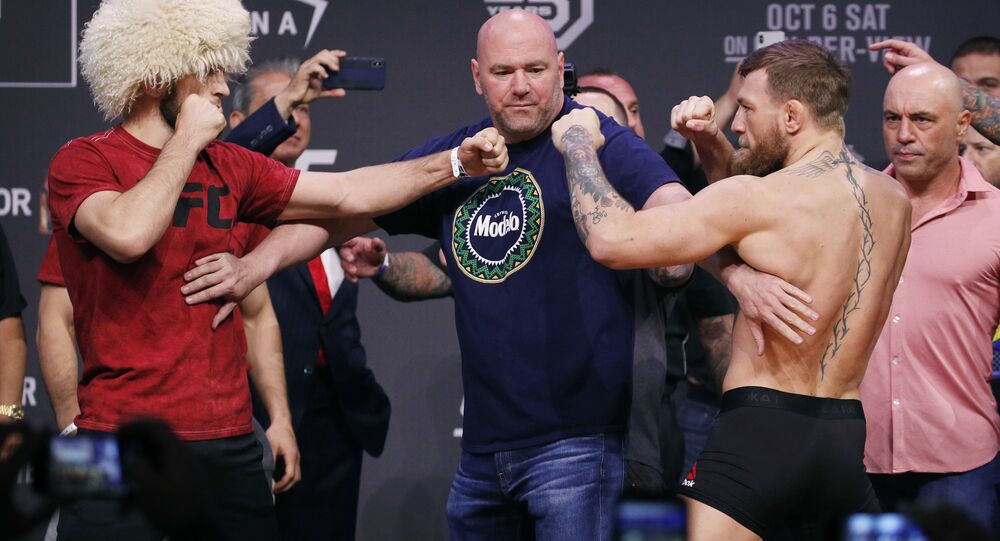 Sweden’s Khamzat Chimaev is a new breakout star in the Ultimate Fighting Championship (UFC). It has been a banner year for the 26-year-old fighter, as he won three UFC fights in a row and set a new UFC record for the quickest consecutive wins in the championship’s history.

Russian-born Swedish mixed-martial artist Khamzat Chimaev has taken to Twitter to throw down the gauntlet to Connor McGregor and threatened to beat him hard, calling the Irish fighter a chicken.

Chimaev’s comments followed a short clash on Twitter between his manager Ali Abdelaziz and McGregor, who took to the social media platform on Saturday morning and posted a mysterious message that read “MeDanaAliGonnaGetcha”, hinting at a rematch with UFC lightweight champion Khabib Nurmagomedov. The tweet was soon deleted, but Chimaev’s manager, who also manages Nurmagomedov, responded quickly and accused the Irish fighter of speculating about a rematch.

​Ali Abdelaziz also mocked McGregor’s appetite for rematches and posted a list of his clients who are in line to challenge "The Notorious".

26-year-old Chimaev will face British MMA fighter Leon Edwards on 21 January. The fight is a highly-anticipated showdown, as the bout between the two has been rescheduled several times due to both testing positive for COVID-19.