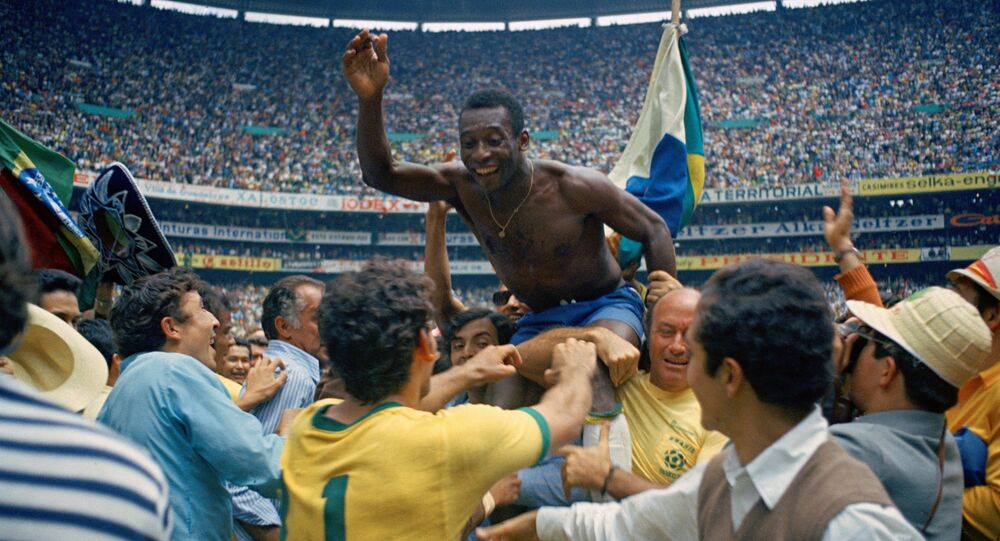 Another “all-time” record was reached on Saturday by Barcelona’s Argentine forward Lionel Messi, who scored his 643rd goal for a single club and joined iconic Brazilian football player Pele on the list of highest goalscorers ever for a single club.

Pele has taken to Instagram to congratulate Lionel Messi on his "historic record" after the Argentine equalled the Brazilian legend's record of 643 goals for a single club on Saturday. The 80-year-old icon also praised Messi's career as a Barcelona player, highlighting that being loyal to a single club has become uncommon.

The famed athlete also posted two identical shots on his Instagram account on Saturday in which both players hug a teammate and raise their fists in celebration.

Messi scored in Barcelona's 2-2 draw against Valencia in Spain’s La Liga on Saturday. At the end of the first half, Barcelona’s French forward Antoine Griezmann was pushed in a penalty area, prompting the referee to point to the spot. Messi, who is Barcelona’s designated penalty-taker, failed his attempt, but managed to score with a header just seconds after Valencia’s goalkeeper had palmed the ball away.

Messi holds several outstanding records, including La Liga’s all-time top scorer and winner of most Ballon d'Or awards. The year 2012 was a special year for the Argentine. He became the first player to score five goals in a Champions League game and by the end of the 2011-12 season, he had scored 91 goals, beating another longstanding record that was previously held by the legendary German striker Gerd Müller.