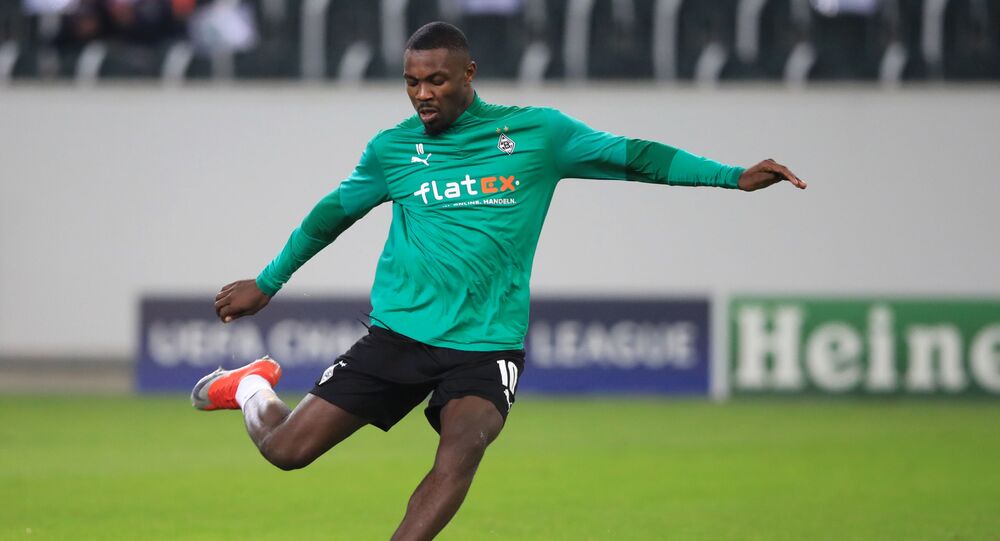 Borussia's side striker Marcus Thuram spat at the face of Hoffenheim opponent Stefan Posch during the Bundesliga meeting on Saturday, dismissed by the referee after receiving a red card for the incident.

Borussia's Thuram on Saturday tweeted an apology for spitting at the face of his opponent, Stefan Posch, with Hoffenheim. The incident took place earlier in the day during a game between the two teams, in the 77th minute.

"Today something took place that is not in my character and must never happen. I reacted to an opponent in a wrong way and something occurred accidentally and not intentionally", Thuram tweeted. "I apologize to everyone, to Stefan Posch, to my opponents, to my teammates, to my family and to all those who saw my reaction."

Borussia's star noted that he is ready to deal with the consequences of his gesture.

​The incident was recorded on camera, and the referee quickly deemed it red card-worthy and dismissed Thuram, with Hoffenheim then receiving the advantage of having an extra player.

Posch, though he did not appear to react to the incident, received a yellow card.

Marcus Thuram sent off for spitting at Hoffenheim’s Stefan Posch today - a really petulant move in the middle of a particularly intense moment in the pandemic in Germany & beyond. pic.twitter.com/oW1SbaNU6u

Gladbach coach Marco Rose apologised "on behalf of the whole club" after the incident, adding, according to The Daily Mail, that the gesture "simply doesn't belong on a football pitch. It goes way beyond the limits."

The match between Borussia Moenchengladbach and Hoffenheim resulted with 2:1 score in favour of Hoffenheim.

Ready For Kick Off? Why German Bundesliga Will Be First of European Football Leagues to Resume