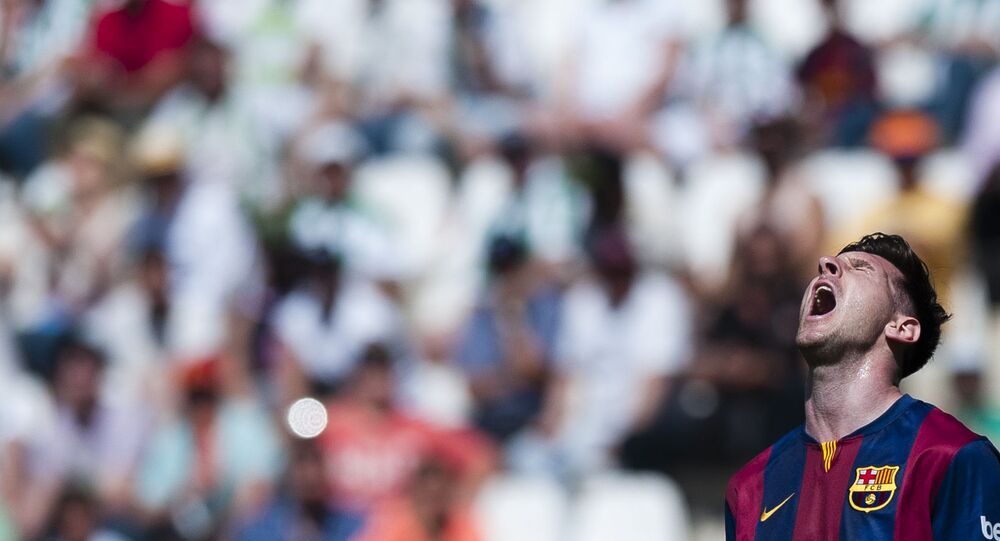 Messi, 33, has won the Ballon d'Or award six times and is considered to be one of the greatest football players of all time.

Barcelona forward Lionel Messi has equalled the iconic Brazilian athlete’s record of 643 goals for a single club after scoring against Valencia in La Liga on Saturday.

Messi scored the record goal with a header just seconds after his penalty was saved by Valencia’s goalkeeper. Barcelona's Argentine forward has scored six goals during this season so far.

To date, the top 5 players who have scored the most goals for one club are:

Lionel Messi has scored 643 goals during his 16 years playing for Barcelona, in turn, Pele spent 17 years at Santos, and then played for two years at the American club Cosmos.

This summer Messi notified Barcelona he wanted to leave the team after recent Champions League failures, but later decided to stay with the club. At the same time, transfer rumours continued to float around over a potential bid by Manchester City for the six-time Ballon d'Or winner in January after failing to get him in the last transfer window.