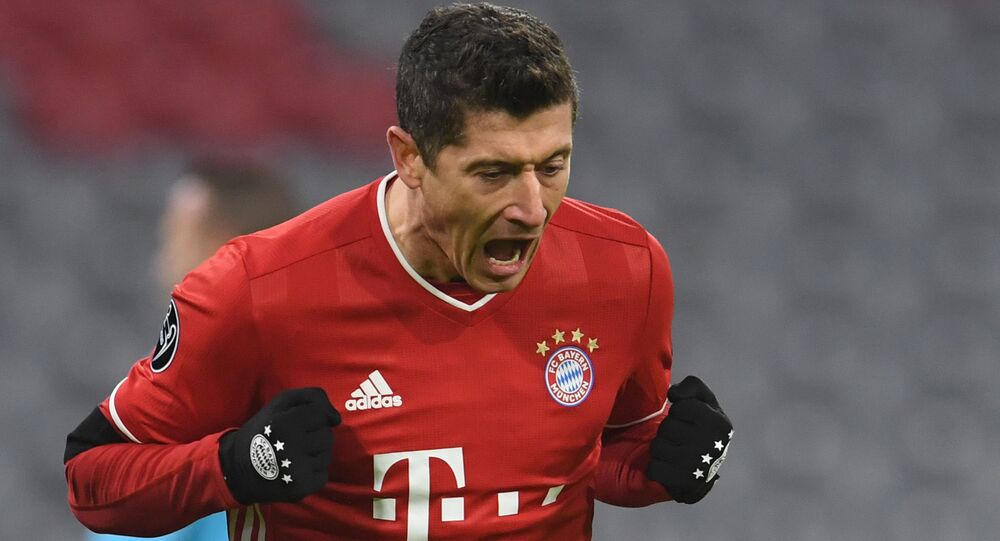 A Polish professional footballer, Robert Lewandowski is Bayern Munich's striker and a captain of the Polish national team, who has scored over 500 senior career goals for club and country.

Bayern Munich's Polish striker Robert Lewandowski on Thursday was proclaimed FIFA Men's Player of the year, for the first time in his career.

FIFA took to Twitter to congratulate the Polish footballer on the title.

🏆 He's done it! @lewy_official overcomes two of the greatest players in history to become #TheBest FIFA Men's Player for the first time!

The international organization pointed out that the Bundesliga footballer, who is also the captain of the Poland national team, has "overcome two of the greatest players in history", in particular, Barcelona's Lionel Messi and Juventus's Cristiano Ronaldo.

Lewandowski's team, also took to Twitter to celebrate their striker's winning of the coveted FIFA award. The club shared a video showing the moment that FIFA President Gianni Infantino lifted the Best FIFA Men’s Player trophy and presented it to the 32-year-old player.