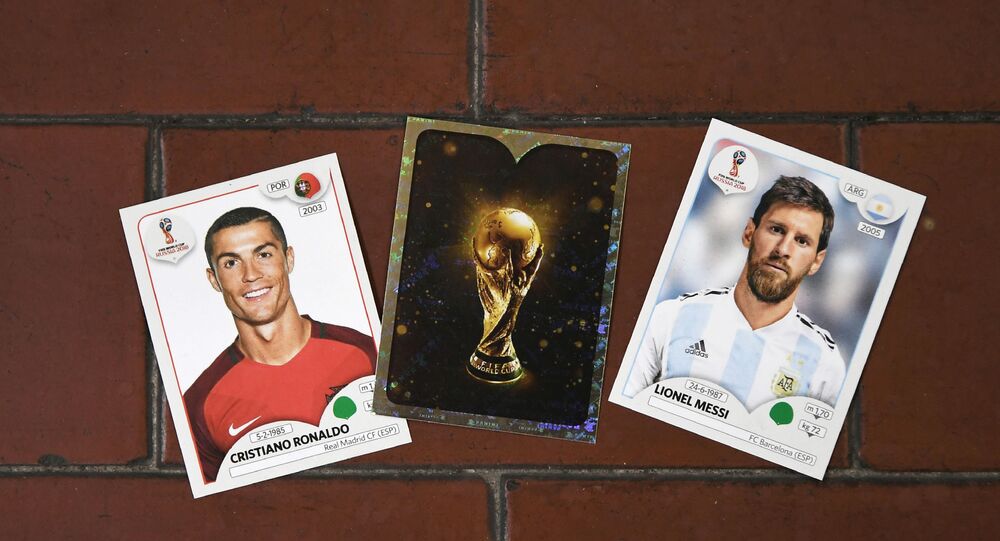 France Football magazine’s Ballon d’Or has published the voting results for the choice of the football dream team. The team is made up according to the scheme 3-2-2-3.

The best attacking midfielders are the three-time world champion Brazilian Pele and the recently deceased Argentinean legend Diego Maradona, according to the football-espana.net.

© AP Photo / Manu Fernandez
‘My King!’ Lionel Messi Brutally Savaged by Cristiano Ronaldo’s Sister on Instagram
For the position of goalkeeper, the journalists chose the only goalie to have ever won the Golden Ball - the USSR team football player Lev Yashin. Brazilian Cafu, Italian Paolo Maldini and German Franz Beckenbauer were put in defence.

In the centre of the field in the “Dream Team” would play the ex-midfielder of Munich Bavaria Lothar Matthäus and Spanish Barca legend Xavi.

The survey involved 140 journalists from the world's leading publications. France Football this year decided not to award the Ballon d'Or due to the players being in different conditions amid the coronavirus pandemic.