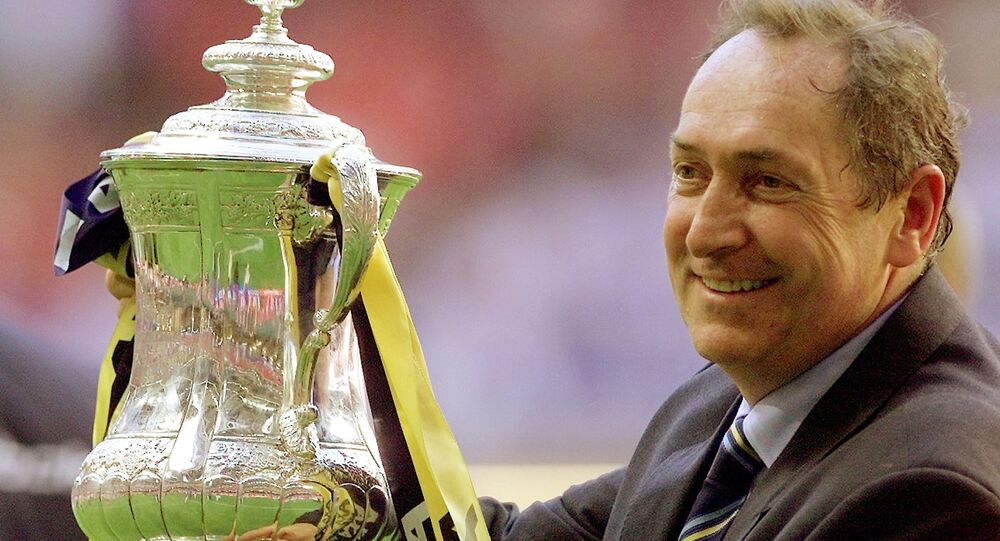 Gerard Houllier, former manager of Liverpool FC and the French national team, passed away in the early hours of Monday at the age of 73 days after reportedly undergoing a heart operation in Paris.

The football world has been reacting to the death of former Liverpool, Paris Saint-Germain and France manager Gerard Houllier, who passed away in the early hours of Monday at the age of 73, according to RMC Sport and L'Equipe, days after undergoing heart surgery in Paris.

As heartfelt tributes pour in, Gary Lineker, English ex-footballer, sports broadcaster and Match of the Day presenter went on social media to pay his respects to a man he referred to as one of football's "smartest, warmest and loveliest people."

Oh no! Gerard Houllier has passed away. One of football’s smartest, warmest and loveliest people. #RIPGerard

​Former English footballer and 2001 Ballon d'Or winner Michael Owen, who played as a striker for Liverpool, as well as for the England national team, said he was "absolutely heartbroken" over the demise of “a great manager and a genuinely caring man."

Absolutely heartbroken to hear that my old boss, Gérard Houllier, has sadly passed away. A great manager and a genuinely caring man. #RIPBoss pic.twitter.com/klbkY3MCo4

​Owen had spent six years at Anfield under Houllier.

Sports journalist Gregg Evans reacted to the news by recalling how Gerard Houllier had invited him to home in Paris to discussed his career in football.

Such sad news that Gerard Houllier has passed away.
He invited me into his home in Paris recently and was such a gentleman as we discussed his career in football.
He even set up a sightseeing tour for me. What a guy. RIP.#AVFC #LFC

Devastating news about Gerard Houllier. The man who modernised Liverpool Football Club and made them a genuine force again with the historic treble winning season. A lovely guy and a great coach. RIP Gerard. #LFC

He gave so much to Liverpool Football club and left memories to cherish forever.

​‘Reds’ fans rushed to thank Houllier on social media for r the warm memories he had left from his tenure with Liverpool FC.

Gerard Houllier, who prior to coaching played as a midfielder for clubs from England and France, spent some of his playing and coaching career at the French club Le Touquet, subsequently moving on to manage teams such as Lens, PSG, and Lyon.

For a brief spell Houllier took charge of the French national team.

He was subsequently invited to become co-manager of Liverpool FC together with Roy Evans in July 1998.
After Evans resigned on 10 November, Houllier was left in sole charge of the team for what would become his most famous spell as a manager.

During his six-year stint, the Anfield club enjoyed five trophy successes in 2001, as they claimed the UEFA Cup, FA Cup, League Cup, Charity Shield and UEFA Super Cup. Liverpool also returned to the European Cup for the first time since the 1980s.

The Frenchman's last managerial position was at Aston Villa between 2010 and 2011, although he left the role after suffering heart problems which caused him to miss the final month of his first season.

In October of 2001 however, Houllier had to undergo emergency heart surgery, after which he returned to the club, leading it to second place in the 2001-02 season. In 2004 Houllier left Liverpool, and returned to coaching in France with Lyon in 2005.

2010 saw him return to England with Aston Villa – a tenure that was cut short due to illness after just nine months. Recipient of the Legion d'honneur for his services to French football, and an honorary OBE for services to British football, Houllier, became head of global football at Red Bull in 2012.

After the announcement of his demise, Liverpool FC issued a statement that read:

"We are mourning the passing of our treble-winning manager, Gerard Houllier. The thoughts of everyone at Liverpool Football Club are with Gerard’s family and many friends. Rest in peace, Gerard Houllier 1947-2020."

Liverpool's Jota Out for Up to Two Months After Injuring Knee, Club Manager Klopp Says