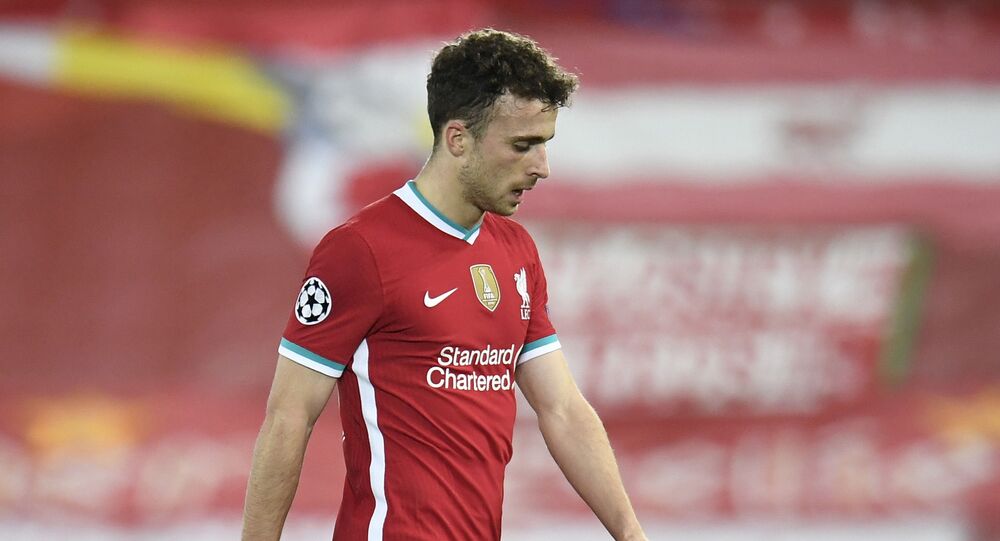 Liverpool's Jota Out for Up to Two Months After Injuring Knee, Club Manager Klopp Says

According to Klopp, the injury is not as bad as they had initially feared, since doctors said Jota will not be required to undergo surgery.

Liverpool FC's Diogo Jota will not be playing in the upcoming matches for up to two months, Sky Sports reported on Sunday, citing club manager Jurgen Klopp.

On Wednesday, Jota injured his knee during a match with FC Midtjylland in the Champions League.

"All the potential surgeons had a look on it, no surgery needed. But he will be out for a while. We don't know exactly but one-and-a-half, two months", Klopp said.

He added that it is "unbelievable", "pretty similar with Kostas Tsimikas", who also injured his knee. It is yet more bad news for the club, which is now left without key defender Virgil van Dijk and Joe Gomez, both of whom suffered knee injuries.

Central defender Joel Matip is also suffering from a problem with his back, but Klopp expressed hopes that he will be back on track for Wednesday's match against Tottenham Hotspur. "Joel has a spasm in his back. We will see. He will get treatment and we will see", Klopp said.