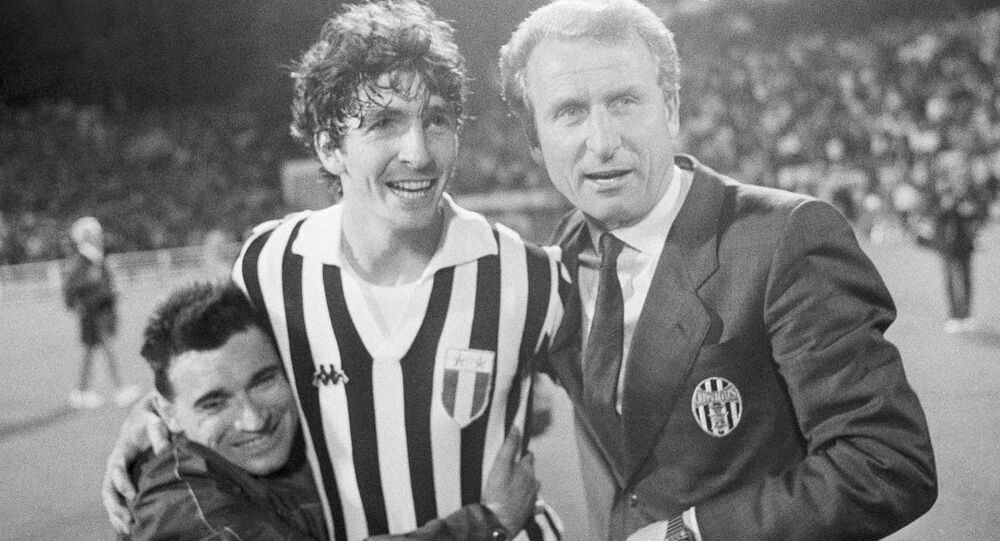 Italy won its first two World Cups in 1934 and 1938 but they were beaten in the final by Brazil in 1970. Twelve years later they were not one of the favourites going into the World Cup in Spain.

Paolo Rossi, who scored six goals as Italy won the 1982 World Cup, has died aged 64. His death, after a long illness, has triggered a wave of emotion on social media both in Italy and abroad.

Rossi went from villain to hero in 1982, two years after being suspended for his role in a betting scandal while playing for Perugia.

RIP #PaoloRossi ... the unforgettable 1982 World Cup-winning star who made all of us fall in love that summer.
He scored 6 goals in 3 games at the finals, including a hat-trick against Brazil.
One of the best forwards of all time, having won the Golden Ball at the 1982 WC. pic.twitter.com/E0BXRlrGaa

​In 1981, while still banned, he signed for Juventus and the following year he was chosen to be part of Enzo Bearzot's squad for the World Cup in Spain.

Rossi was unfit and out of sorts in the group games but Italy, with draws against Poland, Peru, and Cameroon, squeaked through to the second stage, a mini-group with Brazil and Argentina.

​There Rossi came alive, scoring a hat-trick against Brazil as the Italians won 3-2 and made it to the semi finals.

He scored both goals as Italy overcame Poland 2-0 in the semi-final and then scored the first goal as the Azzurri beat West Germany 3-1 in the final in Madrid.

Dino Zoff, who was Italy's totemic goalkeeper in 1982, told ANSA: "I heard five minutes ago. I'm so sorry. It was out of the blue. It had been a while that we hadn't spoken, he had said something but we didn't think it was so serious".

On Thursday, 10 December, Rossi's wife, Federica Cappelletti, posted a photograph of the couple on Instagram, captioned simply: "Per sempre (Forever)".

On Facebook, Cappelletti wrote: "There will never be another one like you, unique, special, after you there is absolute nothingness".

Italian football federation president Gabriele Gravina said: "We have lost a friend and an icon of our football. He took an entire country by the hand, which rejoiced in the streets, for him and with him. He is permanently linked to the Azzurri and has inspired generations of forwards with his style".

​Rossi won two Serie A titles with Juventus and also a European Cup - the 1985 final, played amid the tragedy of the Heysel Stadium disaster. After retiring in 1987 he became a pundit on Italian television.