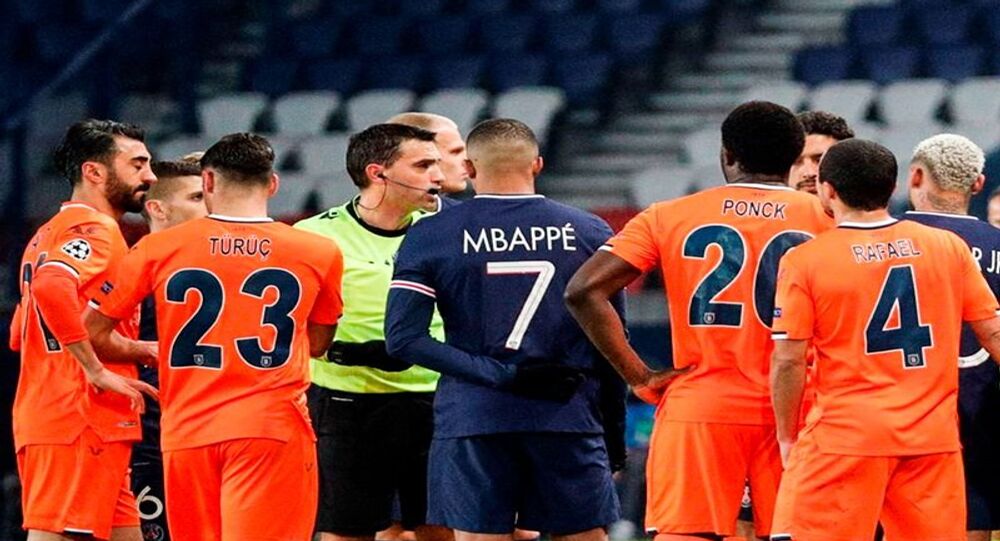 The Basaksehir striker’s response to an official during the match with Paris Saint-Germain was caught on camera.

The Champions League clash between Paris Saint-Germain (PSG) and Istanbul Basaksehir was suspended in the first half. Reports allege that one of the officials made an offensive remark when referring to an assistant manager of the Turkish club, Pierre Webo.

Demba Ba responding to what was said by the fourth official in PSG vs Basaksehir pic.twitter.com/mFGJgSW1X4

Following the suspension of the game, the Basaksehir team tweeted a picture saying “No To Racism,” thus confirming that some sort of incident happened during the match.