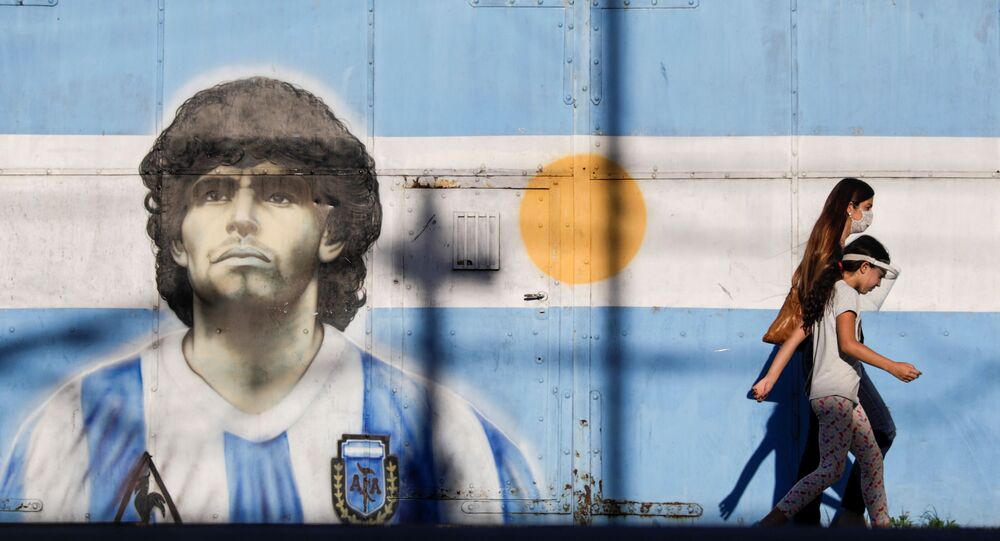 The Argentine football legend passed away on 25 November from a cardiac arrest, prompting an outpouring of grief among soccer fans across the world.

Former footballer and coach of the Argentine national team Diego Maradona spent over 10 million Argentine pesos (over 100 thousand euros) every month, according to journalist Jorge Rial of the show Intrusos on America TV.

According to him, the money was spent to support families connected to him personally: Maradona assisted about 50 families, relatives and friends in Argentina and abroad.

"That was what was going out of Diego's account every month. He said it himself many times: 'I'm feeding 50 families. I'm providing for 50 families'. Families that include his entourage, employees, structures in [Argentina] and abroad,” Rial said.

The money was debited from the football player's accounts, which are currently blocked by the Argentine tax service.

The iconic forward passed away on 25 November at the age of 60 from a cardiac arrest. Two weeks before his death, Maradona was discharged from a hospital where he had undergone brain surgery.