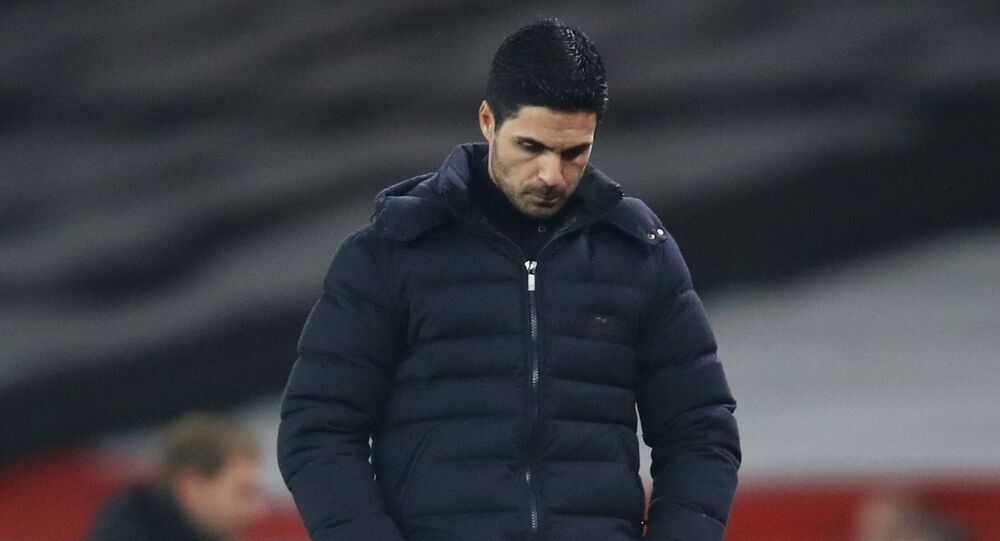 Arsenal Boss Arteta Under the Gun For Not Delivering Expected Results

With 13 league titles, Arsenal is considered one of the top English Premier League clubs. The club holds the record for going an entire season without losing, while they have won the FA Cup a record 14 times.

Arsenal boss Mikel Arteta has been facing the heat of fans and he has come under serious criticism after failing to deliver the expected results in terms of the team's performance.

The boss did show a glimpse of what the club is capable of doing after taking over at the Emirates last season. The Gunners even managed to win the FA Cup under Arteta.

However, the first quarter of the 20-21 season has not started off as either the fans or stakeholders would have wanted.

#ArtetaOut No win since October Arteta is just not the right man for a big job at arsenal pic.twitter.com/PVLOfz2Vcy

No fight, no flair, no zeal, no nothing. The worst of Arsenal in a while. Bring on the #ArtetaOut agenda. 13points in 10matches, you cant tell me he is the right man for the team pic.twitter.com/axPi12YW5N

In the first 10 games of the season, Arteta's men have lost half of their games, winning only four.

The Spaniard has been severely critisied by pundits for failing to play attacking football.

Arsenal has only managed to score 10 goals in as many games. Remarkably, now it means they've made their worst start to a league season in terms of scoring goals since 1998/99.

Recently, during a press conference, Arteta admitted that his team is behind schedule in chasing the objectives for the season, urging the fans returning to the stadium to back the team fully as it looks to get back in form.

Arsenal are set to lock horns with the table toppers in their North London derby on Sunday.