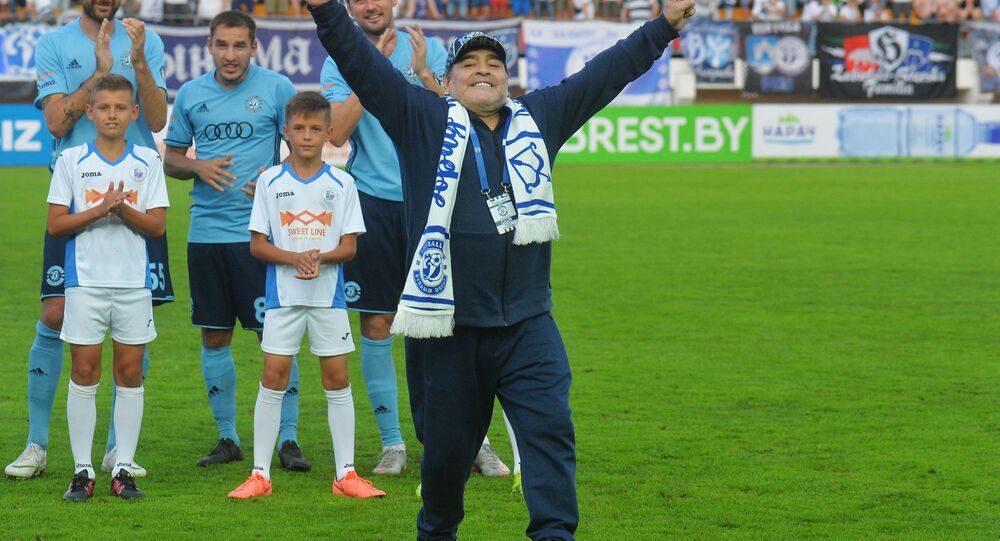 Maradona faced allegations of domestic violence after a video of a heated argument between him and his then-girlfriend emerged in 2014, with the star appearing to hit her. He denied the accusations, stressing that he had never hit a woman, and no charges were pressed against him.

Paula Dapena, a Spanish football player, says she has received violent death threats from fans after refusing to take part in a minute of silence for Diego Maradona as a protest against domestic violence.

The Viajes Interrias FF player sat down during Saturday's match against Deportivo Abanca, while others were paying their respects to the Argentinian legend, who had passed three days before.

"I'm not willing to give a domestic abuser a minute's silence and not the victims", Dapena told the A Diario radio show, stressing that she has no regrets. “We were giving a minute's silence to someone who committed domestic violence. For me, that's something that my feminist ideals can't allow: a tribute to Maradona ... For me he was an incredible player, but as a person he left a lot to be desired".

Spanish player receives death threats after refusing to take part in a minute's silence for Maradona. Paula Dapena refused to takes part in the Minute silence as a protest against domestic violence pic.twitter.com/i7ohjBRZuQ

She claimed Maradona was a "rapist, paedophile and abuser", despite having "spectacular football qualities and talents".

"My teammates looked at me and laughed because they knew I would not do it", she told the outlet Pontevedra Viva. "A few days ago, on the Day for the Elimination of Gender Violence, these gestures were not made and if a minute of silence was not observed for the victims, I am not willing to do it for an abuser".

The Argentine football star died at his home on 25 November at the age of 60, just a few weeks after undergoing brain surgery to remove a blood clot. According to Argentinian media, the authorities have launched an investigation into possible medical negligence that may have contributed to his death.