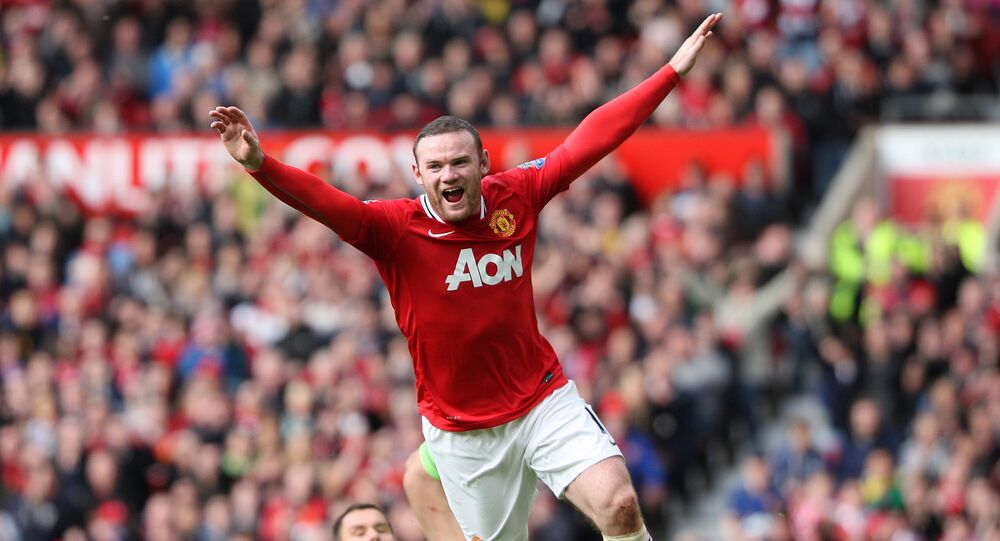 The English striker played alongside Ronaldo in Manchester United for four years. Considered one of the best players of his generation, Rooney is both United’s and the English national team's all-time highest scorer.

Football legend Wayne Rooney has apparently decided to weigh in on the debate on who is the greatest player in the history of football. The 35-year-old believes that besides the obvious candidates Lionel Messi and Cristiano Ronaldo, there is another player who deserves to be enshrined in football's Hall of Fame.

Speaking on the UTD podcast, Rooney acknowledged both Messi and Ronaldo, but stressed that to him, the best footballer he ever played with is Paul Scholes, whom he called "brilliant".

"The things he could do with the ball, he obviously weren’t the quickest but he was so sharp you couldn’t get near him”, Rooney told the UTD podcast.

The 35-year-old revealed that he closely watched the midfielder when the two played for Man United and almost studied him during training sessions and games. He also emphasised that Scholes was superb at things fans couldn’t see.

"Letting players come on to him and then throwing them out of the game, small things he was doing for the team that were priceless", Rooney said.

During his interview, the striker revealed that in his first game for the Red Devils, he was more concerned with impressing oldies like Roy Keane and Ryan Giggs than legendary manager Sir Alex Ferguson. Incidentally Giggs, Rooney said, was the player he clicked with the best.

"I wanted to impress the two, not so much the manager. I know it sounds strange but I almost wanted to win them over, to believe in me and feel I was good enough", Rooney told UTD podcast.

Rooney also opened up about the transfer request he submitted in 2010 following a feud with Sir Alex Ferguson. The 35-year-old revealed that his dream was to join Barcelona, although he also named Blaugrana’s arch rival, Real Madrid, as another club where he would have liked to play.