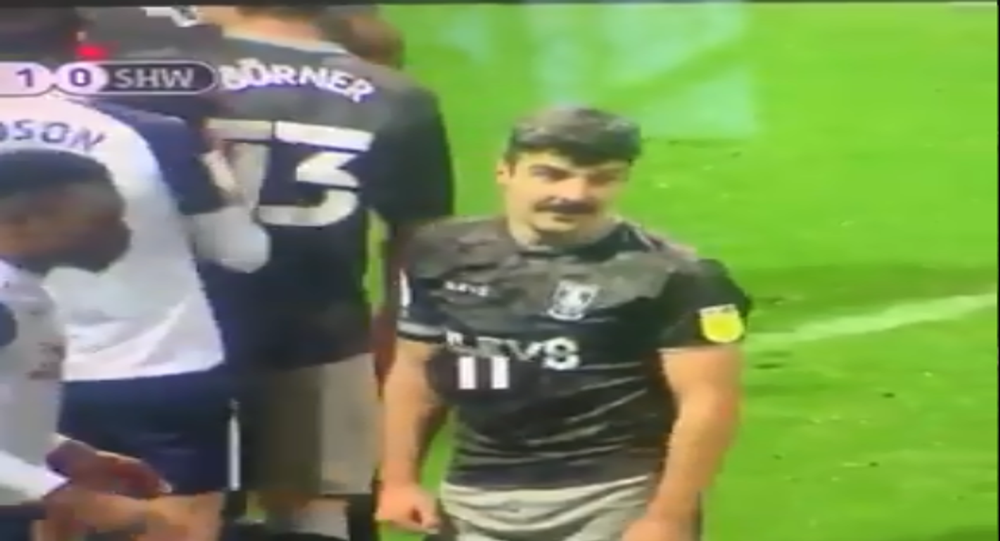 Two clubs in the English football league championship, Preston North End and Sheffield Wednesday, had a match on Saturday with a 1:0 win for Preston. A video of a Preston defender, Darnell Fisher, grabbing his counterpart Paterson's genitalia has emerged on social media.

The English Football Association will investigate an incident documented on video of a Preston North End football club player, Darnell Fisher, grabbing the genitals of a Sheffield Wednesday player, Callum Paterson, during a Saturday football game.

Fisher appeared to grab the genitals of Paterson while marking him at a corner during the match. Paterson seemingly tries to catch someone's attention to that illegal incident, but Fisher grabbed his crotch again.

What the HELL is Fisher doing to Paterson here????? #swfc pic.twitter.com/wrJLcMiglm

Trying to wank him off?

​One of the users remembered an identical incident with actor Vinnie Jones, then a footballer, grabbing the testicles of his counterpart, Paul Gascoigne, during a Newcastle-Wimbledon match in 1988.

Bringing out his inner vinny jones

"He'll be up in flames if he's done that", he nevertheless added.

The Sportsmail reported that the football association had confirmed that it was aware of the incident, indicating that retrospective action could be taken as officials did not witness the purported incident with their own eyes, as referee David Webb, at the time, was standing far from both players.

Paterson has not pushed for his employers to take up the probe, leaving it to football authorities to decide whether appropriate punishment is required.