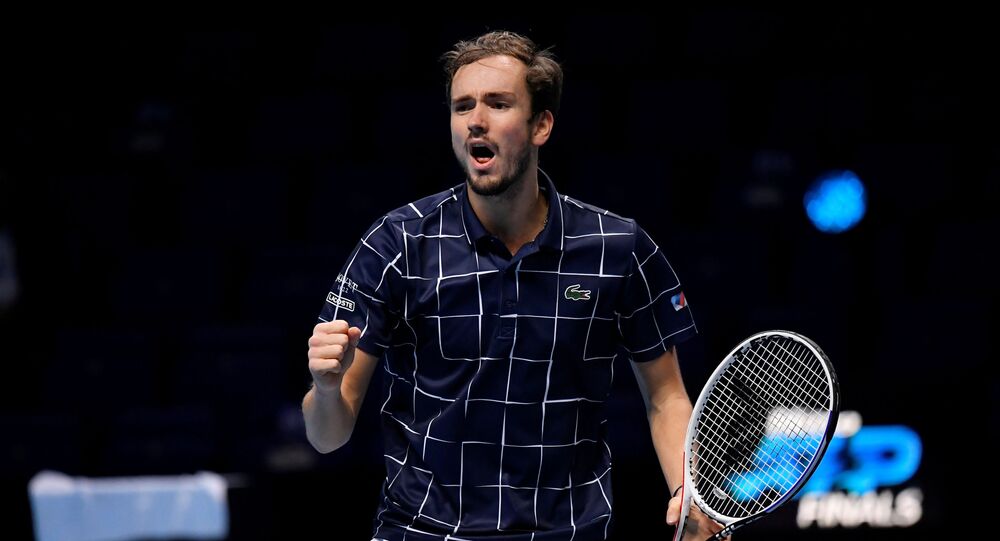 Russian tennis player Daniil Medvedev defeated Spanish player Rafael Nadal in the semifinals of the final tournament of the Association of Tennis Professionals (ATP) in London, securing a place in the ATP final.

This will be Medvedev's first ATP tournament final in his career, where he will compete with ATP's singles No.3 Dominic Thiem of Austria. The match is scheduled for Sunday.

ATP shared a video, capturing the moment of Medvedev's triumph over Nadal who is a Spanish tennis player ranked No.2 in the world by ATP.

FIRST #NittoATPFinals FINAL 👏@DaniilMedwed comes back against Nadal to set a showdown with Thiem for the title! pic.twitter.com/QzRmwM34id

​During the current ATP tournament, Medvedev has been victorious in every one of his matches.

Medvedev has a career-high ATP world singles ranking of No. 4, achieved in September 2019, and has won eight ATP singles titles, including three Masters 1000 titles.