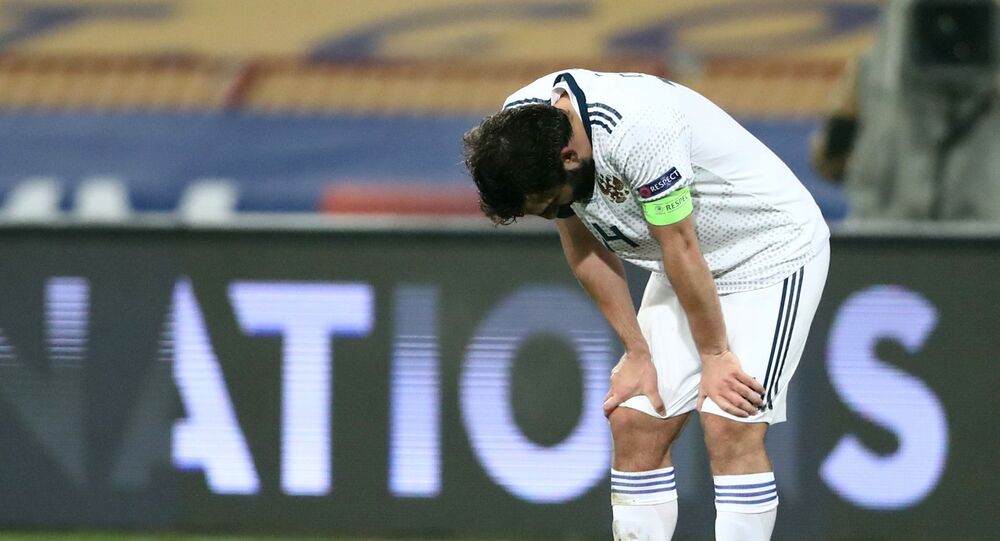 Getting eight points and failing to qualify for League A, the Russian national football team remained in League B of the UEFA Nations League. A place in League A was instead secured by the Hungarian team, after they obtained 11 points.

The Russian national football team was defeated by Serbia in a Wednesday UEFA Nations League match that ended with a 0:5 score.

The loss to the Serbian team prevented Russia from qualifying for the tournament's League A.

The defeat marked the most significant failure of the Russian national team's coach, Stanislav Cherchesov.

The Hungarian team qualified instead for League A, with 11 points. Turkey's national team has now been pushed to League C.