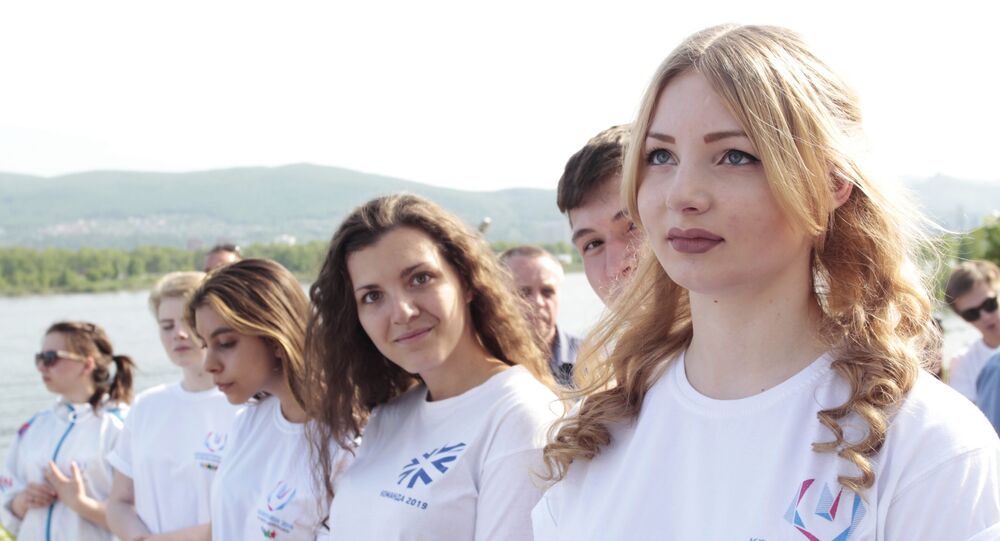 Universiade 2023 Under no Threat of Cancellation Due to RUSADA-WADA Case, Russian Minister Says

MOSCOW (Sputnik) - There is minimal risk that Universiade 2023, which is planned to be held in Yekaterinburg, Russia, will be cancelled because of the ruling of the Court of Arbitration for Sport (CAS) regarding the case of the Russian Anti-Doping Agency (RUSADA) and the World Anti-Doping Agency (WADA), Russian Sports Minister Oleg Matytsin said.

"There is minimal risk that the Universiade will not be  held, it is related to the fact that the organizing committee and the International University Sports Federation have signed the contracts, all responsibilities have been distributed, financial obligations have been fulfilled. In legal terms, it is fully secured", Matytsin said Russian channel Match TV.

The summer Universiade 2023 will be hosted by the Russian city of Yekaterinburg from 8-19 August. The Universiade will include 18 sports and 246 medal events.

© AFP 2020 / OLIVIER MORIN
UK Sport's DeltaG Project Violated WADA Principles & Should be Investigated, British Observers Say
The Court of Arbitration for Sport (CAS) conducted its hearings behind closed doors from 2-5 November in Lausanne, Switzerland, without press briefings or any reports released to the media. The CAS' ruling is expected to be announced by the end of the year.

On 9 December 2019, WADA labelled RUSADA as non-compliant with the world anti-doping code and suspended Russian athletes for four years from competing in major international competitions under the national flag. RUSADA sent WADA a notice of disagreement with the verdict of the agency's Executive Committee. This forced WADA to file a formal request for arbitration with the CAS to resolve the dispute.