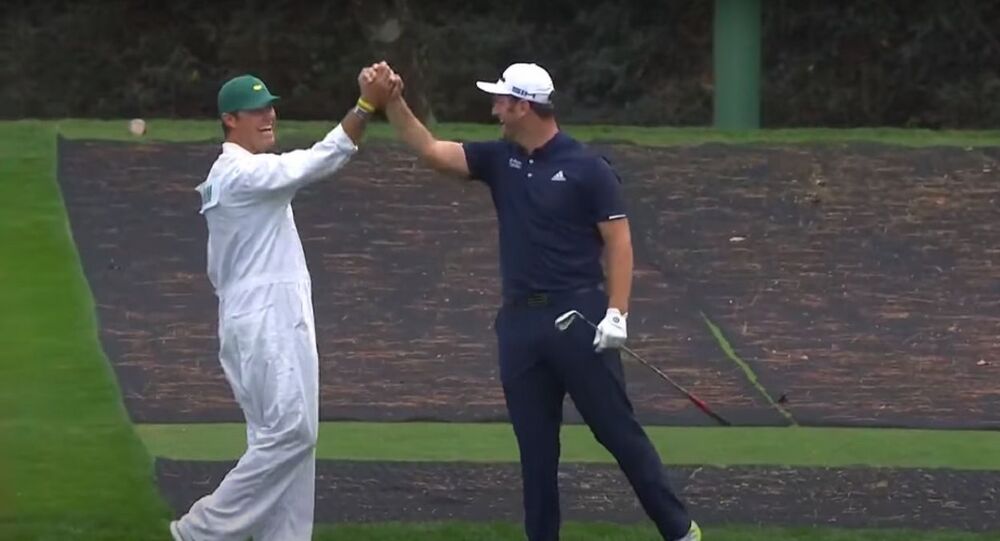 A hole-in-one - hitting a golf ball from tee to hole in only one shot - is a rare occurrence which some people never experience even after a lifetime playing. It not only calls for tremendous skill, but also tons of luck.

Spanish golfer Jon Rahm has hit the jackpot and probably shortened his life's supply of luck by some considerable margin, during Tuesday's golf practice round at Augusta National after he scored a spectacular hole-in-one, skipping the ball across a pond.

In the video of the mind-bending golf shot, uploaded by the official YouTube channel of the 84th Masters Tournament, the ball is seen skimming the pond's surface with three skips before rolling onto the lawn. In the ensuing dramatic 10 seconds of the video, the ball continues to roll on the green before finally disappearing into the hole.

The commentators could not contain their amazement at Rahm's success, calling it "the single greatest golf shot".

Too bad it was just a practice session - the actual Masters Tournament is scheduled to run from 12 to 15 November.