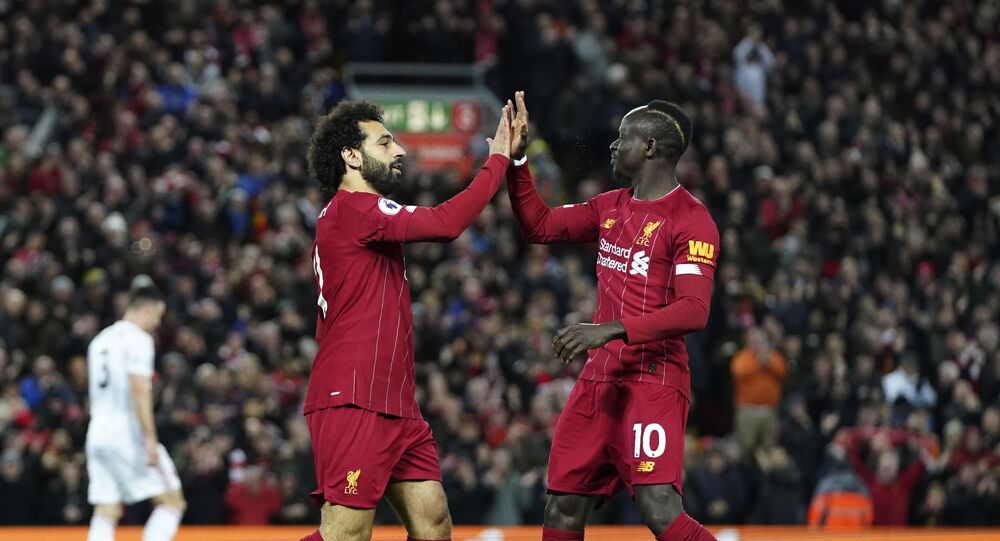 Relations between the two became strained in 2019 after the Senegalese athlete accused Salah of selfishness. Instead of passing the ball to Mane, who was alone in the box, the Egyptian decided to take the shot himself, which was blocked by a defender, causing the rift.

Liverpool fans are concerned that their stars Mohamed Salah and Sadio Mane are at each other's throats again. The two athletes were seen angrily talking about something during the team's match against Manchester City on 8 November. At the end of the 10th minute Mane was taken down in the box after City's defenders tried to stopped him and the referee awarded Liverpool a penalty, subsequently taken by Salah.

After the Egyptian scored players rushed to celebrate, however when Mane approached Salah, the No. 11 wagged his finger at the Senegalese star, apparently telling him he didn't want to talk to him.

British media outlets speculated that the Senegalese athlete had asked to take the penalty because he earned it. Other reports say that Mane told Salah how to take the penalty and approached him to tell that he should've shot in the different corner as City's goalkeeper, Ederson Moraes guessed where Salah wanted to take a shot.

"Salah and Mane hate each other, don't they really?", said one social media user commenting on the incident.

Another user wrote: "Salah and Mane are a problem".

This is not the first time that the two athletes have fought. Last year, Mane had to be calmed down by manager Jurgen Klopp and other teammates after Salah snubbed him at the end of the match with Burnley. The Egyptian was surrounded by two defenders in the box and still decided to take a shot instead of passing the ball to Mane. Luckily, the Reds were leading 3-0 at the time.

After that spat, however, the two managed to reconcile, with Mane signaling that the two had a frank conversation.

"I'm not criticising it because it also happens with me not to pass. Sometimes it happens that I am not given the pass. But we have reconciled and become the very good friends we were before".