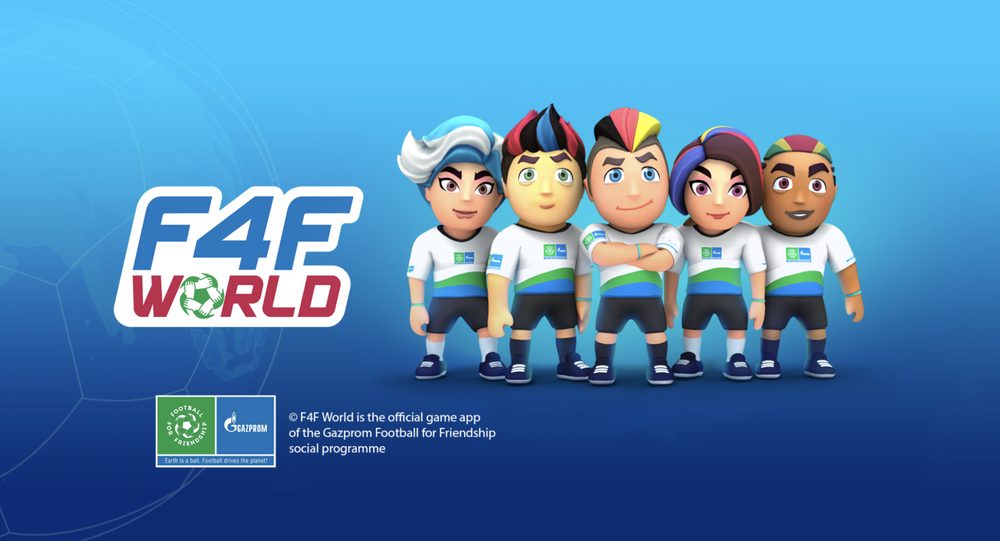 The new multiplayer football simulator is based on the most important values of the programme, such as friendship, peace, and equality.

100 unique sets of football merchandise and football kits from the Football for Friendship programme and the Football Union of Russia (FUR) will be given to some of the first registered users. The sets will be delivered to the winners throughout the world.

For the first time, users in different countries will be able to participate in games according to the rules of Football for Friendship, united into international teams. The players will be able to play in real time with other footballers from all around the world, create and manage teams, become fans and support their friends’ teams from the stands. Football for Friendship World will be promoted under the motto “Uniting friends, uniting the world!”.

The winners of the Championship will receive tickets to the 2021 UEFA Champions League Final in Istanbul.

AGT Communications Group is the Global Operator of Gazprom’s Football for Friendship programme. The international team of the DataArt company is developing the game. The game will be available for free for the first users.

The International Children’s Social Programme Football for Friendship has been implemented by Gazprom since 2013. Over the previous seven seasons, the programme has united over 6,000 participants from 211 countries and regions and over 5,000,000 supporters.

Young Players and Young Journalists are the participants of the programme – boys and girls aged 12, including children with disabilities. Young Players represent different countries and cultures united in the mixed teams. They show that nationality, gender, and physical abilities aren’t a barrier to becoming a team. Young Journalists cover the events of the programme from the International Children’s Press Centre. All participants become Young Ambassadors of the programme and continue to share their Football for Friendship experience and promote universal human values: friendship, equality, fairness, health, peace, devotion, victory, traditions, and honour.

UEFA, FIFA, football federations and the world’s leading football clubs, international charity foundations, famous athletes, politicians, and artists support Football for Friendship. The project has received multiple national and international awards in the field of social responsibility, sports, and communications, including the world record for the most nationalities in a football training session in history.

In 2020, Football for Friendship will be held online. A special digital platform will unite over 10,000 players of all ages. It will become the home for international children’s competitions and a playground where anyone will be able to train, join into the international mixed teams and play their favourite game in the Football for Friendship format without leaving the comfort of their home.