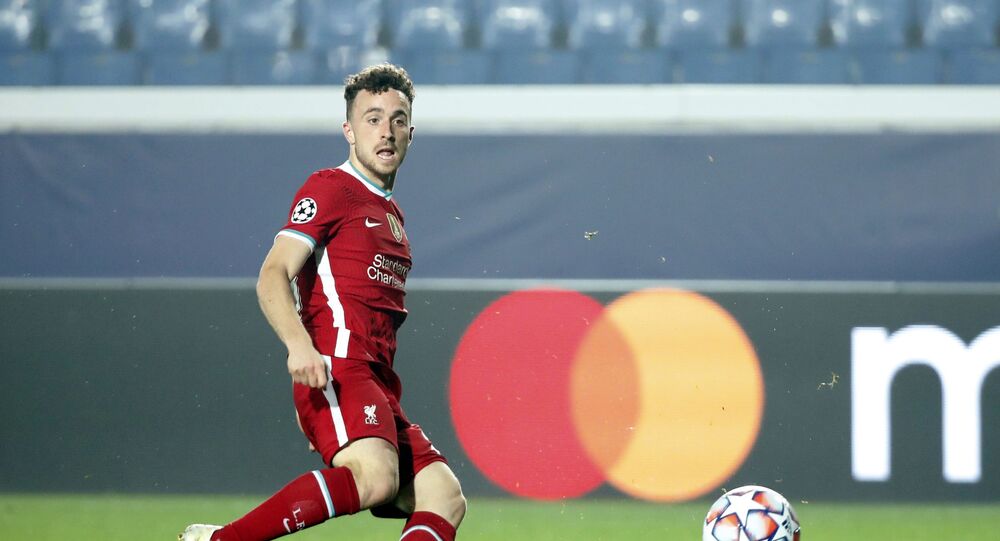 29-year old Brazilian Firmino has come under fire for his lack of goals for Liverpool, while summer signing Jota is scoring freely for his new club and his hat trick in the 5-0 win against Atalanta on Tuesday night makes him favorite to start up front at the weekend alongside Mohamed Salah and Sadio Mane.

Portuguese forward Diogo Jota has scored in his past four Liverpool appearances, with manager Jurgen Klopp saying the player is even better than he expected leading to media speculation that he could replace Brazilian star Roberto Firmino in the team.

​Jota came on for Firmino with 20 minutes to go against West Ham United on Saturday and scored the winner, becoming the first Liverpool player to score in his first three home Premier League appearances since Luis Garcia in 2004. He then followed it up with a spectacular hat-trick against Atalanta in Bergamo to secure the Reds third Champions League win in a row.

"We fought really hard to sign him," Liverpool manager Jurgen Klopp said after the win over West Ham.

"He's an exceptional talent. He has the speed, physicality, technique, he's both-footed and that's really impressive."

Since 2017, the first-choice Liverpool front line has consistently been Firmino, Sadio Mane and Mohamed Salah.

But Jota's strong performances mean that the Reds' front trio are under pressure for the first time, giving Klopp a major selection headache against 2019 Premier League champions at the Etihad on Sunday afternoon.

Social media is divided over who should wear the shirt.

​And some fans agree:

​Others want to stick with Firmino, noting that he brings a lot more to the team than just goals.