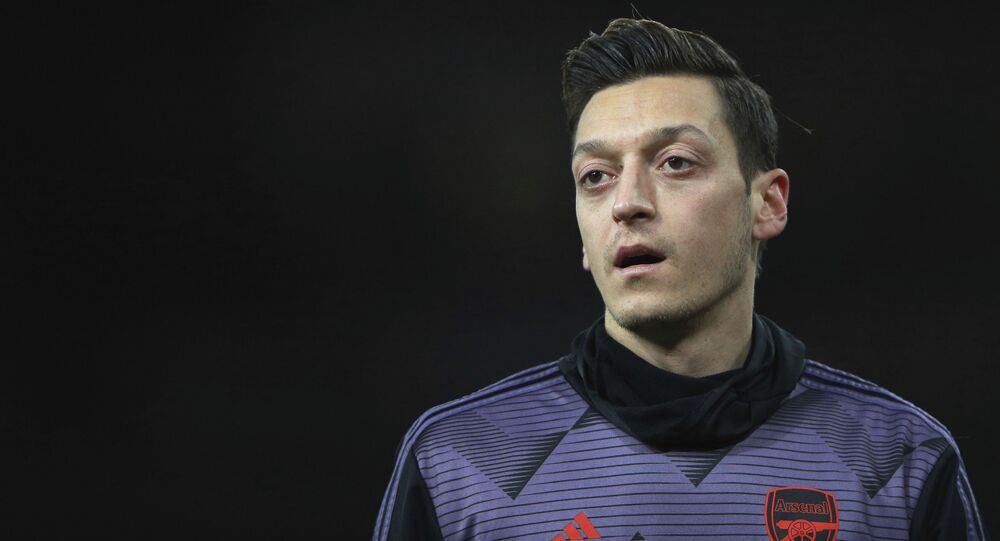 Özil began his senior career as a member of his hometown club Schalke 04 in the German Bundesliga, departing two seasons later to join Werder Bremen for €5 million. His performances there won him a prestigious €15 million transfer to La Liga club Real Madrid in 2010. With Germany, he went on to win the World Cup in Brazil in 2014.

Arsenal midfielder Mesut Ozil has hit out at the club, saying in a letter to fans on Twitter that "loyalty is hard to come by nowadays" after being left out of Mikel Arteta's 25-man Premier League squad.

The German World Cup winner, 32, has also been omitted from the Gunner's Europa League squad, which means that he effectively won't be able to play first team football until the end of the season, unless Arsenal are able to offload him during the winter transfer window in January, which might prove difficult given Ozil's hefty £350,000 per week wages.

Ozil joined Arsenal for a club record £42.4 million in 2013, but has not played since the Premier League season broke up due to the coronavirus pandemic on 7 March. Since joining from Real Madrid, Ozil has scored 44 goals in 254 appearances in all competitions for the Gunners.

In a message to Arsenal fans, Ozil said: "Upon signing my new contract in 2018, I pledged my loyalty and allegiance to the club that I love, Arsenal, and it saddens me that this has not been reciprocated.

Former Arsenal and England striking legend Ian Wright said that football would never stop surprising him, adding that he was "gutted" for Ozil.

"The fact that whatever has gone on couldn't be resolved between the club and Mesut is sad", added Wright.

England football great Gary Lineker tweeted that no being able to play football would be soul destroying for Ozil.

Fans took to social media to voice their disapproval over Ozil's omission from the squad:

These stats are incredible how isn't he in Arsenal's eleven.🤔🤔 #Ozil pic.twitter.com/2kCES0oqzZ

“You either die a hero or live long enough to become a villain” il never forget what you did for this club or the day you signed people can say what they want but you are a role model for all humanity “we’ve got Ozil mesut Ozil ❤️❤️ #Ozil pic.twitter.com/KNSHprTe1n

Mesut Ozil deserved so much better. Sad end to a wonderful career at top level. Enjoyed his performances for Madrid and Arsenal. He's one of the rival players that I really liked and appreciated. It's so sad to see him like this.

Others suggested the player might have tried harder during games, noting that he isn't a typical modern player, relying more on skilful football rather than pure athletic ability:

As much as #Ozil 's apparent lack of effort during the game was incredibly frustrating to watch , no reputable employer would dare to treat an employe in this way. This constant humiliation is but mental torture and horrible to watch.

🎙Wenger 🇫🇷: "The way football is going at the moment it’s quick counter-pressing, quick transitions and everybody plays the same. It’s kicked out players like Ozil. 🇩🇪
He’s been the record player of assists, so you have to find a way to get him involved again." [BBC] #AFC #Ozil pic.twitter.com/ImUn2oVzfV