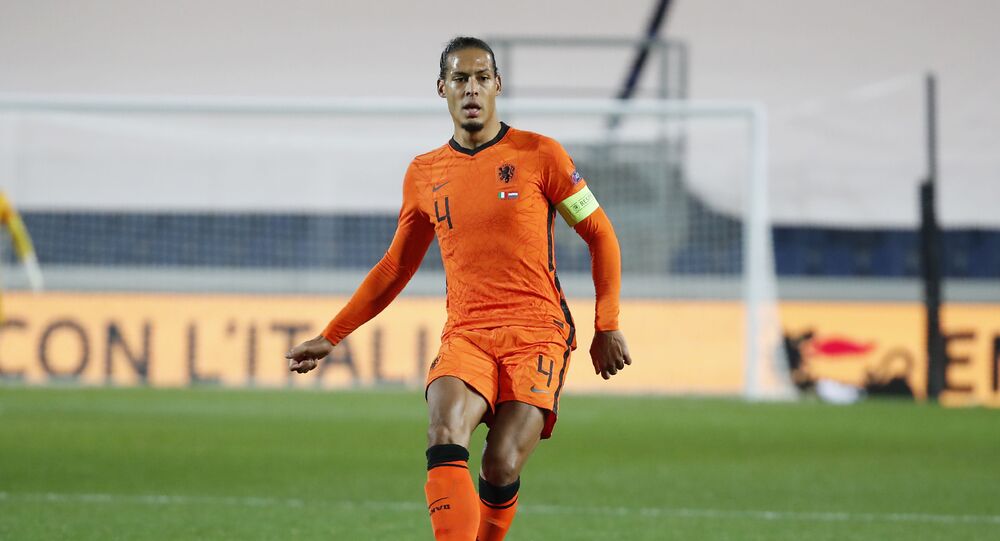 The captain of the Netherlands national side, Virgil van Dijk, suffered an injury during Saturday's match with Everton, prompting speculation about a looming operation.

Liverpool's key defender Virgil van Dijk will need surgery on his knee, the club confirmed on Sunday, after reports that the footballer's injury was "not good".

"Following surgery, Virgil will begin a rehabilitation programme to enable him to reach full fitness as soon as possible," Liverpool announced on Twitter.

Virgil van Dijk will undergo surgery on the knee injury sustained during Saturday’s 2-2 draw at @Everton.

Following surgery, Virgil will begin a rehabilitation programme to enable him to reach full fitness as soon as possible.

​The 29-year-old player had damaged his knee ligaments during 2-2 draw with Everton on 17 October after a "reckless" lunge by the goalkeeper of the opposite team, Jordan Pickford, just six minutes after the game had kicked off.

The Premier League club could not specify when the operation will take place nor how long it will take for the Dutch player to recover. However, bearing in mind the type of injury, it could take months.

It was earlier suggested that van Dijk would not return to the field for the next seven or eight months.

The Dutchman has been a starring addition to Liverpool since the club bought him for £75 million from Southampton in January 2018. Since his arrival, Liverpool has won the Champions League in 2019 and the Premier League, making van Dijk look like one of the most crucial players on the team.

Liverpool boss Jurgen Klopp must now decide who to replace the footballer with to ensure the Reds' defence is not compromised, reports say, with Brazil's Fabinho considered an option.