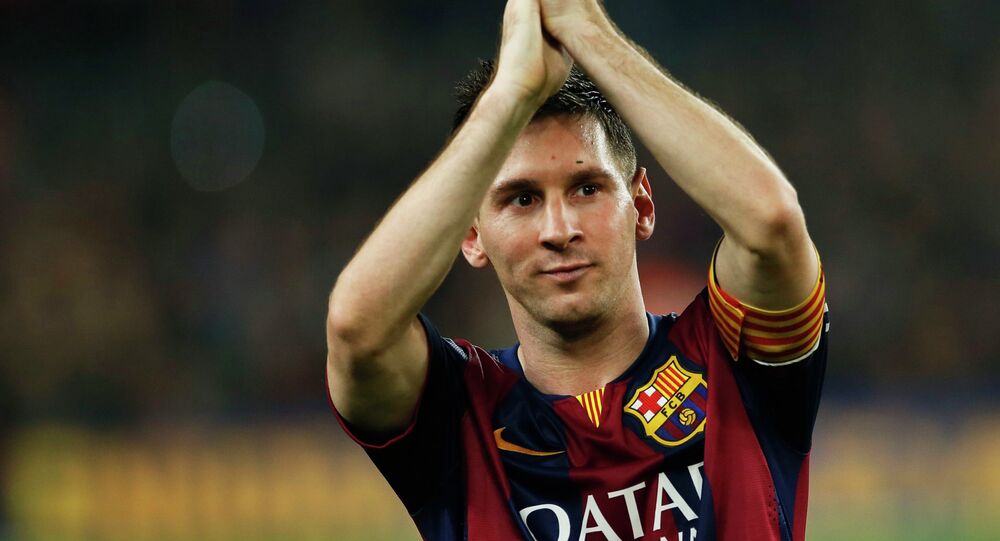 It’s hard to imagine Barcelona without Messi. It’s even harder to imagine that twenty years ago, the club’s board of directors hesitated about signing him. If it were not for Carles Rexach, one of Barcelona’s coaches back then, who signed a contract with Messi’s father on a napkin, Barcelona’s future would have been quite different.

Lionel Messi marks the 16th anniversary of his debut for Barcelona. When on 16 October 2004 he came off the bench to replace Portuguese midfielder Deco in the game against Espanyol, spectators in the stadium and people watching the game on TV hardly believed that that short and scrawny teenager, who suffered from hormone deficiency, would several years later turn into a football superstar that would inspire dread in opponents’ defence lines.

The world would never be the same ...

​Over his 16 year stay in Barcelona, Messi helped the club win a plethora of trophies - 10 La Liga titles, 6 Copa del Rey titles and 4 Champions League titles. The list of his individual awards is no less impressive. He has won a record of six Ballon d’Ors, the most prestigious individual award in football, became La Liga’s top scorer seven times and Champions League top scorer six times. In 734 appearances for Barcelona, he scored 635 goals and made 276 assists.

Football fans congratulated the Argentine, calling him GOAT – greatest of all time – and remembered the most iconic moments of his career.

THE GOATTTTTTT What a impact he has created to the sport. HE IS THE FRONT COVER OF FOOTBALL GOAT FOR A REASON!!!

And now when football fans see him 🐐 #Messi pic.twitter.com/BW2iJUyUMc

The Artistry of free kick by Leo Messi pic.twitter.com/FGHafjiF5e

The rest is history pic.twitter.com/BZimxq94YC

​Other users noted that the athlete had not won any trophies for the Argentine national team and recalled Barcelona’s biggest losses.

Is it tho?😹 Going very well pic.twitter.com/e9OhNe83qf

Since then, He has bottled all International trophies

​Fanboys, as is custom, started the never-ending debate…

The Teacher The Student pic.twitter.com/AUykjepK8F