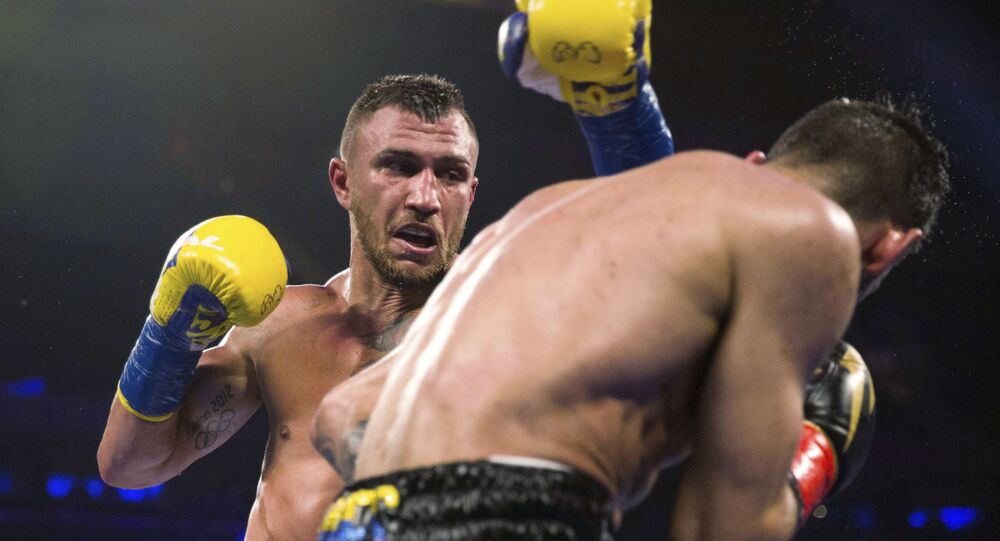 Las Vegas is known as the world’s boxing capital and has been host to many of history’s biggest fights. Muhammad Ali, Mike Tyson, Sugar Ray Leonard and Floyd Mayweather have all fought in the "boxing mecca".

If 2020 were any normal year the match-up between Ukrainian-born Vasyl Lomachenko and Honduran-American Teofimo Lopez would be a huge spectacle with thousands of boxing fans cramming into the 20,000-seater MGM Grand arena.

But on Saturday, 17 October, only a few hundred spectators - first responders from Nevada with special invitations - will be at ringside, socially distanced, in what is known as The Bubble.

Promoter Bob Arum said this week: "It would probably be a big pay-per-view with 20,000 in the stands. But the coronavirus has upset a lot of business and people are dying. We've got to be thankful for what we have."

Instead of a pay-per-view audience, the fight is being shown live on ESPN in the United States and Arum said: "It could be the biggest possible audience for a boxing match that I can remember."

​Boxing fans in the rest of the world may not be so lucky - no British broadcaster is showing the fight, which is being live-streamed for £9.99 by a company called Fite TV, who are based in New York and run by a Bulgarian entrepreneur, Kosta Jordanov.

Connoisseurs of the “sweet science” have been looking forward to Lomachenko being tested by someone with the punching ability of Lopez.

He tried to win a world title in only his second fight but lost on points to wily veteran Orlando Salido in 2014.

​Since then he has been unbeaten and has won the WBO junior lightweight title, and both the WBO and WBA lightweight belts.

He knocked out Britain’s Anthony “Million Dollar” Crolla in Los Angeles in April 2019 and defended his titles against another Englishman, Luke Campbell, later in the year.

But he has not fought since August 2019 - largely because of the pandemic - and Lopez will be a big test for a ring-rusty fighter.

Lopez, 23, was born in New York of Honduran immigrant parents, and has won 12 of his 15 fights by knockout.

In December last year he knocked out Ghana’s Richard Commey in brutal fashion to win the IBF lightweight title.

​On Saturday night Lopez’s IBF belt and Lomachenko’s WBO and WBA crowns will be on the line.

Lopez, who has been compared by some to a lightweight Mike Tyson, has promised: "I will beat up Lomachenko and take his belts. Simple as that. I don't like the guy and I'm going to have fun as Lomachenko's face is beaten and marked up by my hands."

Earlier this week Lopez described Lomachenko as a “little diva” but the California-based Ukrainian said: "Teofimo Lopez can talk all he wants. He's very good at talking. He has done nothing but say my name for the past two years."