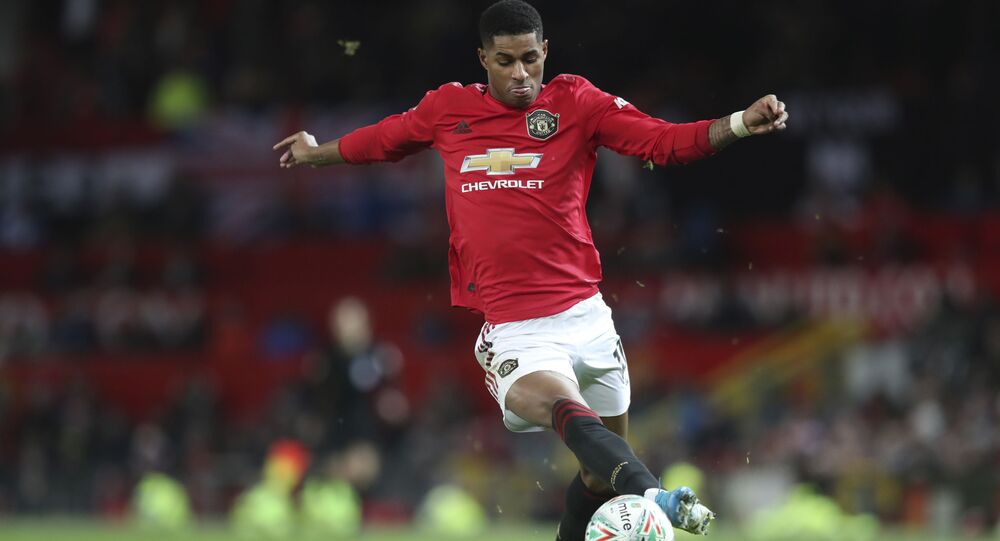 The English professional footballer’s efforts made an impact during the first wave of the pandemic, inspiring UK Prime Minister Boris Johnson to change his mind and continue funding meals for poor children who needed them during the summer.

Manchester United forward Marcus Rashford has been honoured by Queen Elizabeth II for his services to the vulnerable children in the UK during the coronavirus pandemic.

The footballer has been made a Member of the Order of the British Empire (MBE), in the Queen's Birthday Honours list; the move was approved by the prime minister. The list was due to be published in June of this year, but was postponed to take into account nominations for those who had contributed to the nation's efforts to overcome the COVID-19 crisis.

The MBE is an Order of the British Empire award, an honour Britain gives its citizens for making a positive impact in their line of work.

Rashford had even established a food poverty task force, which has continuously worked to feed poor children during the pandemic.

After being honoured, Rashford in a statement said: "I'm incredibly honoured and humbled. As a young black man from Wythenshawe, never did I think I would be accepting an MBE, never mind an MBE at the age of 22," he wrote.

The 22-year-old Manchester United forward also mentioned that it is a very special moment not just for him and his family, but particularly his mother, who is the real deserving recipient of the honour.

"The fight to protect our most vulnerable children is far from over. I would be doing my community, and the families I have met and spoken with, an injustice if I didn't use this opportunity to respectfully urge the Prime Minister, who recommended me for this honour, to support our children during the October half term with an extension of the voucher scheme, as the furlough scheme comes to an end and we face increased unemployment. Another sticking plaster, but one that will give the parents of millions of children in the UK just one less thing to worry about."

"Let's stand together in saying that no children in the UK should be going to bed hungry. As I have said many times before, no matter your feeling or opinion, not having access to food is NEVER the child's fault," he said.

Rashford is currently with the England national squad, which faces Belgium on Sunday and Denmark on Wednesday in the UEFA Nations League.

'Match Made In Heaven’: Why Manchester United Are Willing to Pay £100 Mln for Jadon Sancho