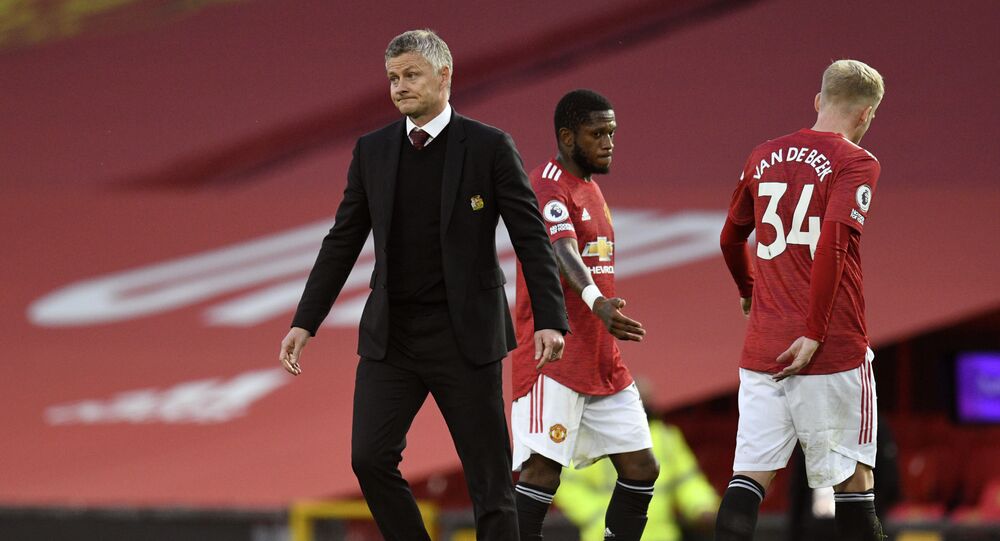 English Premier League clubs have only played four games and will go on an international break next week. Manchester United boss Ole Gunnar Solskjaer will be sweating about whether he will have a job to return to after Sunday’s embarrassing collapse against Tottenham.

The transfer window for English Premier League clubs slams shut at 11pm on Monday, 5 October, and a number of managers will be desperately trying to put together deals.

Sorry if this isn't a popular opinion, especially as many see Man United as the "enemy" but if Ed Woodward doesn't go, regardless of how much dough he brings in, this counts as frittering away everything great SAF did.

This is as bad as I've seen United have been in 30+ years!

​United have struggled since Sir Alex Ferguson retired as manager in 2013 but the club’s fans are blaming chief executive Ed Woodward as much as Solskjaer for the team’s poor start to the season.

In August it appeared that United were set to sign England international Jadon Sancho, 20, from Borussia Dortmund but Woodward baulked at paying the £100 million transfer demanded by the Bundesliga club.

I don't really understand why Ole Gunnar Solskjær gets a free ride. United can't defend and that has nothing to do with not signing Jadon Sancho.

​Instead it appears that United are set to sign free agent Edison Cavani, 33, who was released by Paris St Germain in the summer.

But while the Uruguayan striker’s acquisition will be welcome it would appear from Sunday’s result that United need reinforcements at the back, rather than up front.

​Harry Maguire - who was signed for £75 million in 2018 - has struggled for form and has failed to form a decent centre back partnership with either Eric Bailly or Victor Lindelöf.

Left back Luke Shaw had a dreadful game against Spurs and was lucky not to get sent off and is likely to be replaced by Alex Telles, who United are expected to sign from Porto for £20 million.

​As for a last-gasp move for Sancho, it looks highly unlikely.

Sky Sports reported that Borussia Dortmund sporting director Michael Zorc has ruled out Sancho leaving and angrily told journalists on Sunay: "The door is closed, I have said this 27 times.”

Solskjaer himself has lost the confidence of many United fans and there are rumours that Woodward is lining up former Spurs manager Mauricio Pochettino, who led Tottenham to a Champions’ League final.

United were not the only team to have a disastrous weekend - champions Liverpool lost 7-2 to Aston Villa in an even more shocking result.

Klopp was not as angry as I expected. More ponderous. Said there were more important things to think about but didn’t elaborate. He seemed as baffled as all of us watching pic.twitter.com/aTZ7s6ALoR

​But Liverpool manager Jurgen Klopp appears to have accepted it was a freak result and is not likely to panic and dash into the transfer market for a defender.

Meanwhile Merseyside’s other club, Everton, are sitting pretty at the top of the table after four wins from four games.

Manager Carlo Ancelotti boosted his squad on Monday morning with the acquisition of promising defender Ben Godfrey from Norwich City, for £25 million.

✍️ | Ben Godfrey has signed for #EFC from Norwich City for an undisclosed fee, penning a five-year deal until the end of June 2025.

​Ancelotti is expected to allow out-of-favour striker Theo Walcott leave the club either permanently or on loan, with his former club Southampton the most likely destination.

Crystal Palace striker Wilfred Zaha has been seeking a move away from the club all summer and Everton were one of those clubs said to be interested in signing him.

But Palace manager Roy Hodgson told Talksport he did not want to lose Zaha on transfer deadline day and said: "If it was going to happen, it would need to happen in a time frame which would give us a chance to see what we would want to do with the money.”

Two other players who are expected to be the focus of frenzied deadline day attention are England internationals Dele Alli and Callum Hudson-Odoi.

Dele Alli trying to get in a Tottenham matchday squad pic.twitter.com/3oBbDhFDt7

​Alli, 24, is reported to be on the verge of a season-long loan to Paris St Germain, for which the French club will pay Tottenham £6 million.

Hudson-Odoi, 19, has been unable to break into Frank Lampard’s Chelsea team and long-term admirers Bayern Munich could come back in to take him on loan or possibly on a permanent deal.