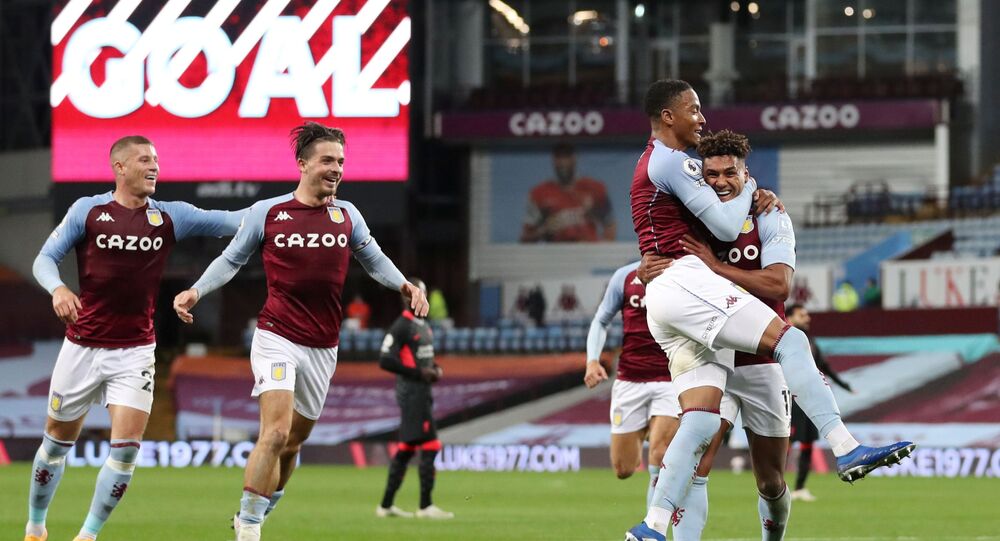 Considered as one of the best leagues in the world, the English Premier League is contested by 20 clubs. Teams play 38 matches each (playing each team in the league twice, home and away).

The Premier League saw some shocking results late Sunday night, as the defending champion as well as the league's most successful team, Manchester United, were both left humiliated.

A first half hat-trick from Aston Villa’s Ollie Watkins saw them stunning defending champions Liverpool 7-2, putting an end to the club's 100 percent winning start to the 20-21 season.

Last season’s winners began poorly at Villa Park as a poor pass from their keeper Adrian gifted the home side a lead in the fourth minute of the game. Watkins added his and the team’s second goal in the 22nd minute.

Mohamed Salah’s fine finish in the 33rd minute seemed to have got the visitors’ back in the game but Aston Villa restored their two goal lead within two minutes from a deflected strike by John McGinn.

Watkins completed his hat-trick in the 39th minute.

Aston Villa continued scoring and netted their fifth goal, just 10 minutes into the second half. Salah did pull back another one for the visitors at the hour mark but Jack Grealish’s brace completed the 7-2 triumph.

During a post-match interview, Liverpool’s manager Jurgen Klopp said his team lost the plot after the first goal.

“All the things you should not do in a football match, we did tonight. The first goal had an impact but it shouldn’t. We have conceded goals like these in the past, but the reaction wasn’t good and we lost the plot,”

Meanwhile, Manchester United were left humiliated as Tottenham scored six against them at Old Trafford. It was United’s club record equaling defeat in the Premier League era.

The red devils started on a brighter note with Bruno Fernandes scoring a penalty for the home side in the second minute of the game. However, some awful defending saw Jose Mourinho’s men level terms in just two minutes before going on to take the lead in the seventh from a fine finish by Son Heung-min.

The game witnessed a red card for Manchester United striker Anthony Martial who was sent off following a clash with Erik Lamela during a corner in the 28th minute.

Just before the break, Son went on to add his second goal of the game. It was the first time since 1957 that United had conceded four before half-time.

Six minutes into the second half Serge Aurier made it 5-1 for the visitors before completing the humiliation from the spot in the dying minutes of the game.

After the game United’s manager Ole Solskaer labeled the defeat as his worst day at the club.

“It's a horrible feeling, the worst day I've had as a Manchester United manager and player,” he said adding that “You don't win games of football by making individual mistakes, errors, making a performance like that.”

He also took the blame for the defeat and said “it was nowhere near good enough. I hold my hand up. It's my decision to pick the team and as a squad it's not good enough for Manchester United,” Solskaer said.