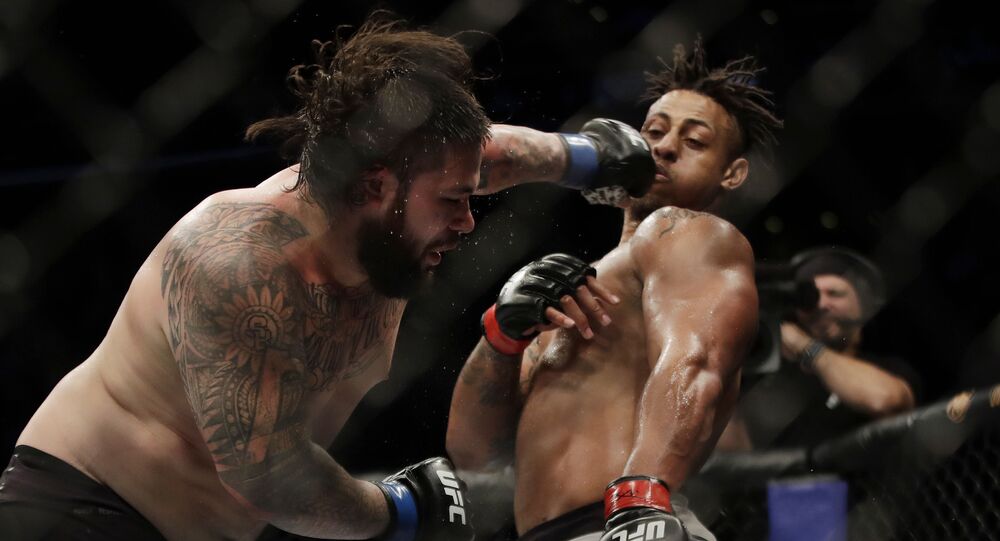 UFC fighter Benjamin Sosoli pleaded guilty after assaulting a man while he was working at Jackson's Lounge Bar in Toorak as a responsible service alcohol officer in September 2019.

He punched the man in the jaw so hard that the latter had to later undergo special facial surgery.

Sosoli, also known as "Combat Wombat", has been jailed by a Victoria County Court for 22 months.

"This conviction and the penalty related to this will likely end his career", lawyer Zarah Garde-Wilson said as quoted by The Australian.

MMA fighter Benjamin Sosoli represents Australia. He began his professional career in 2013 and has fought 11 professional fights, of which he won 6 and lost 3. He took part in tournaments such as UFC, PXC, and DWTNCS. He fought bouts against Dustin Joinson, Cora Maya, and Gregory Harn.