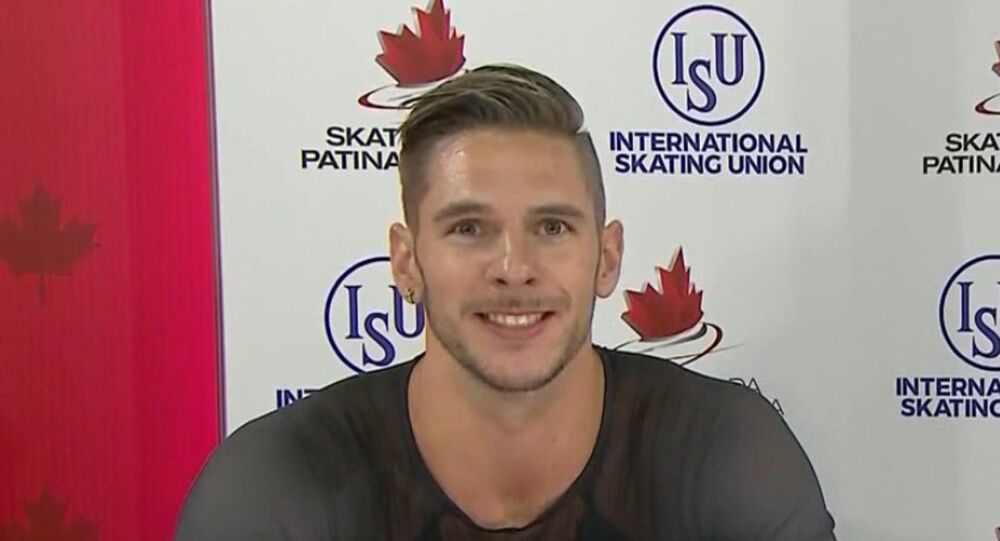 French Olympic figure skater Morgan Cipres has retired from the sport amid an ongoing criminal probe into his allegedly sending lewd direct messages to a 13-year-old American figure skater via Instagram.

The French Federation of Ice Sports announced on Tuesday that Cipres, 29, was retiring from the sport and would no longer represent France in future Olympic games.

This came amid ongoing investigations by the US Center for SafeSport and Florida’s Pasco County Sheriff’s Office into 2017 allegations against the ex-Olympic skater.

According to the mother of a teenage American figure skater, Cipres sent the teen two photos of his penis in December 2017, when the girl was 13, USA Today reported. The two had skated at the same ice rink in Wesley Chapel, Florida.

Cipres, who was 26 at the time, allegedly sent the teen’s mother a lengthy apology following the incident.

“I’m sending you a message because of what happened with [girl’s name removed] and I,” the message read, according to USA Today. “I want first to apologies [sic] about my stupid things I did. It was irresponsible from my side and I do really regret my act. So I am asking your apologies sincerely and I hope we can be all right on this.”

“I’m ready to come to meet you in person face to face to speak about it if you can tomorrow,” Cipres said at the end of the long apology, which did not expound on what “stupid things” occurred. He was not taken up on his offer to meet.

The figure skater has not issued any public statements on the matter.

The parents alleged that Cipres was not the only party at fault, saying that John Zimmerman and Silvia Fontana, the skater’s coaches, attempted to prevent the matter from being brought to authorities. The two have denied the accusations.

The pair began skating together during the 2009-2010 season and had racked up five French national titles and a bronze medal at the European Championships. They also came in fifth at the 2018 Winter Olympics in Pyeongchang, South Korea, which occurred weeks after Cipres allegedly issued his apology to the teenager’s parents.

The duo was slated to compete for a medal at the 2022 Winter Olympics in Beijing, China.