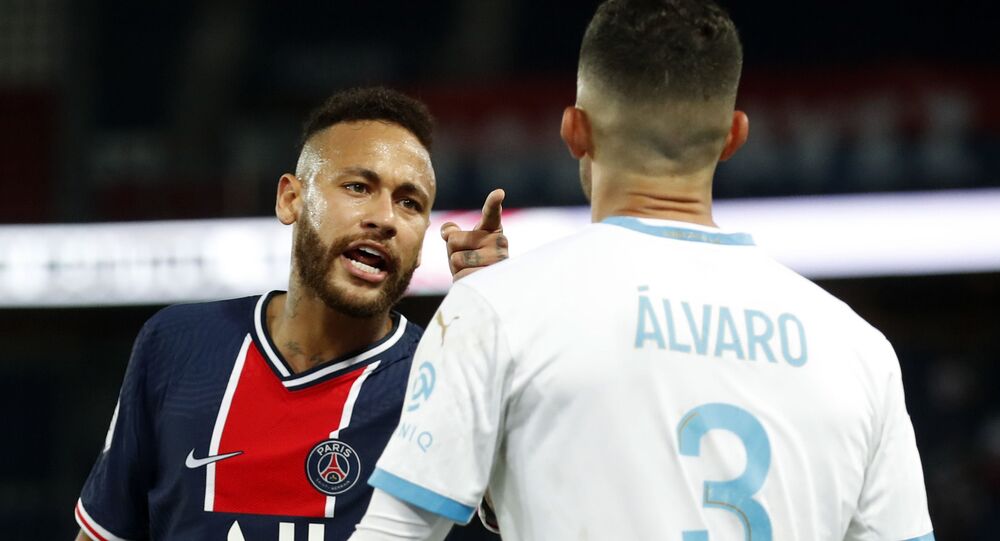 Spanish media claim that the Brazilian forward also insulted Marseille defender Alvaro Gonzalez two weeks ago when his side suffered a defeat. Reports say the 28-year-old made homophobic slurs at his opponent.

The incident occurred on 13 September, when PSG lost to Marseille. The match ended in a brawl, with five athletes, including Neymar, being shown red cards. Following the game, the Brazilian accused Marseille defender Alvaro Gonzalez of racially abusing him. Neymar claimed that the Spanish athlete called him a "monkey motherf****r". Gonzalez categorically denied the allegation.

Last week, Brazil’s Globo Esporte TV programme said that PSG had found a video of the incident and sent it to the French football league in order to prove that Neymar was telling the truth. Three lip-reading experts interviewed by Globo Esporte sided with Neymar, saying Gonzalez had made a racial slur at him; Spanish lip-reading experts, however, disagreed.

The French League plans to review the allegations made against Neymar on 30 September and if the athlete did indeed racially abuse his opponent, he may be suspended until 2021. However, Neymar will be allowed to play for his team in UEFA’s Champions League.