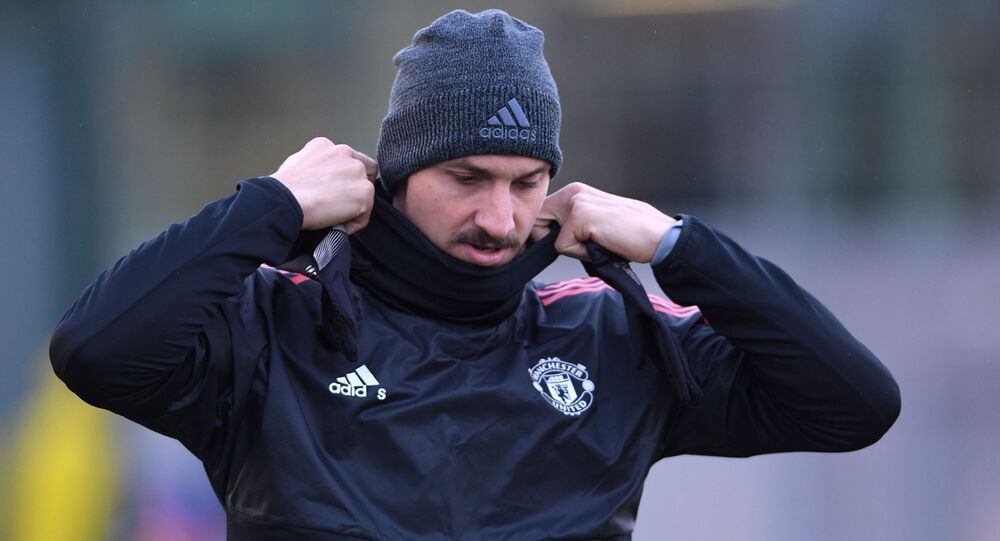 'Pray for the Virus': Netizens Having a Field Day as Zlatan Ibrahimovic Tests Positive for COVID-19

Fans eagerly supported their idol, as the star striker himself casually downplayed his illness, suggesting it was a “bad idea” for the virus itself.

“Zlatan Ibrahimovic has tested positive for COVID-19 after a second round of swab tests. The club has informed the relevant authorities and the player has been immediately quarantined at home,” his club Milan informed, stressing that other players tested negative.

The news put Milan's web page temporarily out of order due to user overload.

However, the 38-year-old striker, who is known for his larger-than-life persona and provocative statements, remained true to himself, tweeting nonchalantly about his condition.

“No symptoms what so ever. Covid had the courage to challenge me. Bad idea”, Ibrahimovic, who missed Thursday's match against Norwegian Bodø/Glimt, tweeted. While the Norwegians put up a keen fight, even a Zlatan-less Milan squeezed a 3:2 victory.

As Zlatan only recently renewed his contract with Milan until the summer of 2021 and scored several goals, exhilarating the fans, the feedback started to pour in. While most wished their idol a speedy recovery, many jumped on board with Zlatan's self-professed superman image, suggesting that COVID-19 “messed with the wrong person”.

“Covid will regret this”, a sports journalist tweeted.

Covid will regret this!

​“Zlatan does not have covid, covid has Zlatan”, one user mused in something reminiscent of the “Russian reversal” jokes.

Zlatan does not have covid, covid has zlatan🦁

​“News that @Ibra_official has tested positive with Coronavirus. Thoughts are with the virus at this difficult time”, former team England forward and present-day BBC anchor Gary Lineker tweeted.

News that @Ibra_official has tested positive with Coronavirus. Thoughts are with the virus at this difficult time.

​Many others expressed sympathy for the virus, which apparently stands no change against Zlatan the Lion.

“Thoughts with COVID at this time!” another one tweeted.

Thoughts with COVID at this time! 🦁

​“Pray for the virus”, yet another one joined in.

Now Zlatan has gone to the virus

​Photoshopped images of Ibrahimovic valiantly kicking the virus around as if it were a ball also ensued.

No worries about Lord Zlatan. It's no effect for him whatever the result. Because he is Zlatan.#Zlatan #COVID19 #ZlatanIbrahimovic pic.twitter.com/93I8ImJHN7

​Zlatan Ibrahimovic is widely regarded as one of the best strikers of his generation and is one of the most decorated active footballers. With over 550 career goals, he also ranks among the most prolific ones. While many have speculated that 38-year-old Zlatan is in the final stages of his career, he himself joked that he would play at the same level until he turns 50.

I agree with Zlatan pic.twitter.com/Dj77qwCraW

'Voldemort With a Man-Bun': Zlatan Ibrahivmovic's Statue Gets Its Nose Sawed Off