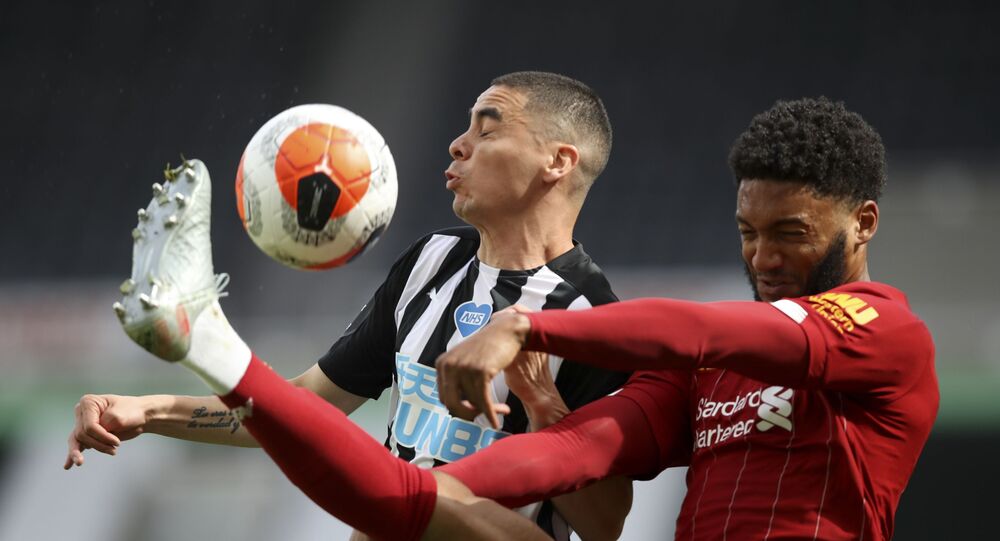 Liverpool won their first Premier League title and ended the 2019/2020 season 18 points ahead of Manchester City. But the Reds will face a strong challenge from a Chelsea side who have invested wisely.

Liverpool manager Jurgen Klopp voiced concern for player welfare on the eve of the start of the English Premier League season.

Klopp - who brought the title back to Merseyside for the first time last season - said he was disappointed that the number of substitutions allowed had been reduced to three substitutions.

"I'm really surprised there's another record he can break. I thought he broke all of them already." 😅

The boss on @MoSalah's records and the 'aggression' and 'desire' our No.11 puts in to achieve them 💪

​When football in England resumed in June after the coronavirus outbreak teams were allowed to make up to five substitutions in a bid to reduce fatigue.

Spain, Italy, Germany and France have kept five subs but in England it is back down to three.

​Liverpool begin their title defence against newly promoted Leeds United on Saturday, 12 September, and Klopp said: "It is not about having an advantage because we have better players and can bring five top players on the pitch. I really don't like that we deal with this thing based on the wrong facts."

Liverpool have only made one signing during the much-briefer-than-usual close season - signing Greek left-back Kostas Tsimikas for £11 million.

​Earlier this week Klopp said he did not want to change the squad overnight and “behave like Chelsea”, a clear dig at the west London club, who have splashed out £195 million on new players.

The Premier League needs another title race between Manchester United and Arsenal.

​Klopp told the BBC: “For some clubs, it seems to be less important how uncertain the future is because they are owned by countries, owned by oligarchs and that is the truth. We are a different kind of club.''

Only two teams have managed to retain the Premier League title - Manchester United in 2009 and Manchester City in 2019.

​United, who finished third last year, have signed midfielder Donny van Beek from Ajax for £35 million and have not yet given up hope of signing England midfielder Jadon Sancho - who is valued at £100 million by Borussia Dortmund.

City have signed Spanish midfielder Fernan Torres from Valencia for £20 million and defender Nathan Ake from Bournemouth for £40 million.

Klopp said on Friday, 11 September: "Winning the league last year is actually the best problem you can have, to be honest. If it is a problem, I even don't know. Everybody gives me a feeling that it should be a problem."

Promoted Leeds - who last won English football’s top tier in 1992 - have signed striker Rodrigo from Valencia for £27 million and defender Robin Koch from Freiburg for £13 million as they seek to stay up, but their shrewdest signing was arranging a third consecutive season-long loan for Jack Harrison from Manchester City.

Aston Villa, who narrowly escaped relegation last year, have splashed out a total of £49 million on striker Ollie Watkins and defender Matty Cash.

​They should stay up this year but Brighton, Fulham, West Ham and West Bromwich Albion could all struggle.

One club who are worth watching this season are Everton, managed by Carlo Ancelotti, who has won the Premier League, the Champions League and the FA Cup during his illustrious career.

If Everton could find another striker to pair with Richarlison up front, they could end up in the top six.