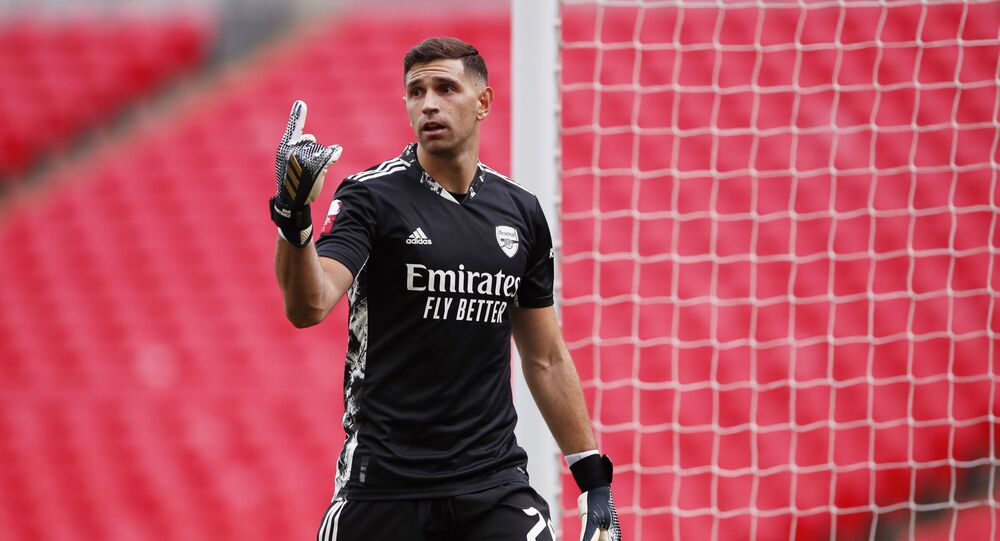 Paris Saint-Germain goalkeeper Alphonse Areola has been reportedly mentioned as a possible replacement for Arsenal's Emiliano Martinez, who has been targeted by Aston Villa as Tom Heaton is set to miss the beginning of the season.

English football club Arsenal has offered to sign Alphonse Areola from Paris Saint-Germain on loan, according to The Evening Standard.

As Arsenal's goalkeeper, Emilio Martinez, has been targeted by Aston Villa which is seeking a replacement for Tom Heaton who is expected to miss the start of the season, Areola has been reportedly offered as a possible stand-in.

The Paraguayan-born Martinez, who is believed to be seeking a number-one position, has two more years of contract with Arsenal, but if transferred to Aston Villa, has a chance to be guaranteed with regular first-team football.

Currently in Arsenal, Martinez competes with German counterpart Bernd Leno to be a first-choice goalkeeper under Mikel Arteta in the new season. According to reports by The Athletic, Arteta has chosen for the present to to stick with Leno as the team's number one.

"I have shown the club that I can play for them and when I return next season I need to have more games. That is the only way I will stay at Arsenal. My target is to consolidate my place with Arsenal and to reach the Argentinian national team as number one. I won’t stop until I get that and if I don’t play for Arsenal, then clearly I would move on", Martines told the Argentinian radio station Continental, cited by The Evening Standard.

Martinez has played for Arsenal since 2010, but mostly on loan. Other reports suggested that the Gunners were considering Brentford’s David Raya as a possible replacement.