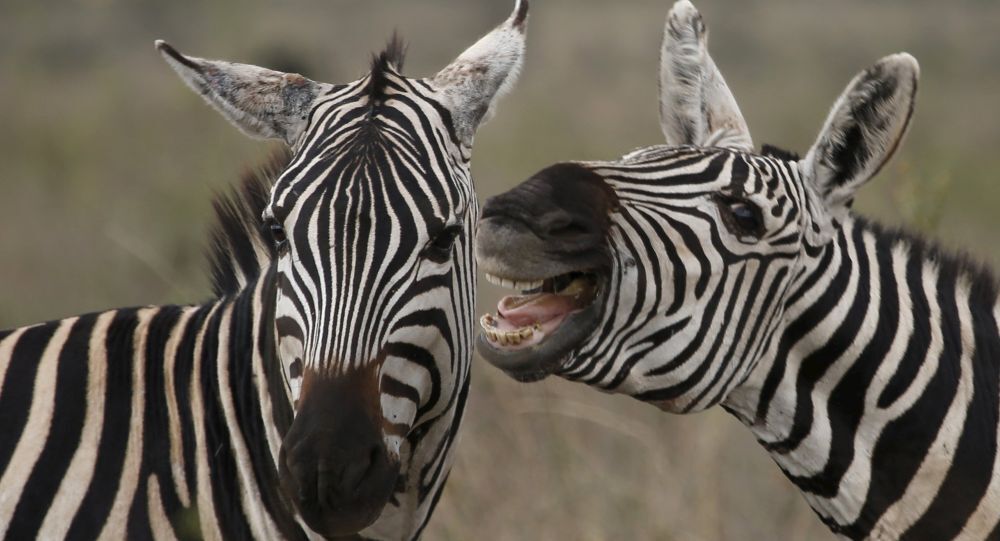 What The Hell Is That? Manchester United’s New Zebra Kit Creates A Stir On Social Media

Manchester United have signed Dutch midfielder Donny van de Beek from Ajax in a £39 million deal but have missed out on England international Jadon Sancho. United are hoping to improve on last season’s third place in the English Premier League.

Football fans around the world have reacted with astonishment after Manchester United revealed their new third kit - a black and white zig-zag pattern reminiscent of a psychedelic zebra.

​Manchester United have won 13 Premier League titles in their traditional red shirts and white shorts and their away strip is a charcoal grey kit but this season they will be sporting a new third kit in occasional games where there is a colour clash.

On the club's website it says Adidas and Manchester United have teamed up to produce “a visually distinctive design”.

Where did Manchester United get the inspiration for their new third kit from? pic.twitter.com/vrKY6TF79s

​The zig-zagged jerseys are inspired by United’s first striped kit over 100 years ago and United say: “The latest release aims to provide a fresh update to tradition, while delivering a vibrant new print.”

”To create this new design, Adidas re-drew, hacked and re-imagined combined elements from various jerseys throughout the club’s long history to create a bold new pattern. Utilising United’s iconic club colours of red, white and black, the kit is an original story with a modern update,” it goes on to say.

Pogba in the third Manchester United kit looks like in real pain. 😭 pic.twitter.com/B3Xetf40TJ

​But the reaction from United fans and their rivals has been almost unanimously negative.

Is this jersey really Manchester United’s third kit? Or you guys are just playing cos 😂 pic.twitter.com/Du8gsIAjqq

​Manchester United’s latest signing, midfielder Donny van de Beek, is expected to join up with his team-mates this week after playing for Holland against Italy on Monday night.

​Van de Beek said last week: "I cannot begin to explain how incredible an opportunity it is to join a club with such an amazing history.”

His reaction to having to play while dressed as a zebra is not yet known.